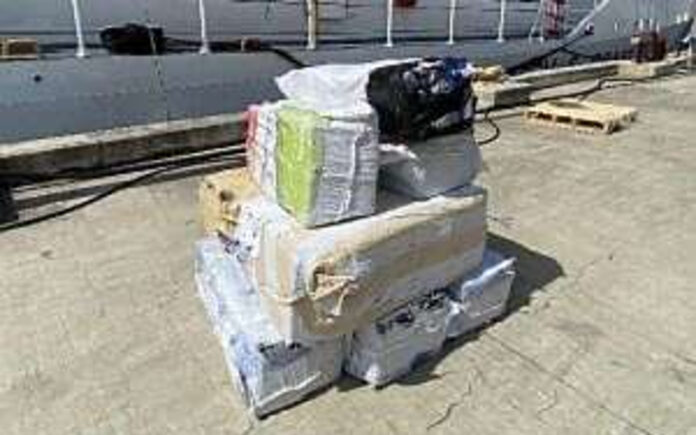 The United States (US) Coast Guards says it has offloaded an estimated 551 pounds of cocaine seized in the Caribbean Sea. CLICK HERE TO JOIN OUR WHATSAPP GROUP FOR NEWS UPDATES.

It said three men, including two nationals from the Dominican Republic, had been apprehended and are facing US federal prosecution in Puerto Rico.

The interdiction is the result of multi-agency efforts in support of the Caribbean Corridor Strike Force, the US Coast Guard said, adding that the seized cocaine has an estimated street value of US$5.2 million.

On June 30, the crew of a Customs and Border Protection Caribbean Air and Marine Multi-Role Enforcement Aircraft (MEA) detected a “yola” type vessel navigating in the Caribbean Sea towards Puerto Rico.

“We will continue to do our utmost to stop drug smuggling vessels at sea and protect the nation’s southernmost maritime border from illicit trafficking,” he added.

The US Coast Guard said those arrested will face criminal charges including conspiracy to possess with intent to distribute a controlled substance aboard a vessel subject to the jurisdiction of the United States.