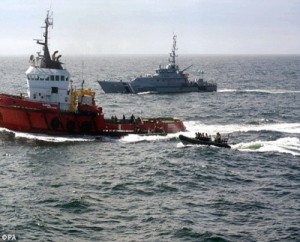 The United States Coast Guard says it has offloaded  573 pounds of marijuana, worth US$1.2 million, that was seized in the Caribbean Sea.

On Friday, the Coast Guard said that the drug – offloaded in the US Virgin Islands, follows a recent at sea interdiction off the French Caribbean island of Martinique. 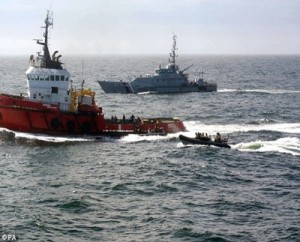 Seven suspected smugglers, all Venezuelan nationals, have been turned over to the US Department of Justice for potential prosecution by the US Attorney’s Office for the District of the Virgin Islands, the Coast Guard said.

It said the interdiction was the result of ongoing, multi-agency and international law enforcement efforts in support of Operation Unified Resolve, Operation Caribbean Guard.

During the afternoon of May 8, the US Coast Guard said a suspicious go-fast vessel was detected off Martinique by a maritime patrol aircraft, flying in support of Joint Interagency Task Force-South.

The Coast Guard says the go-fast boat was interdicted and the seven men on board detained.

Multiple bales of contraband were also seized and they all tested positive for marijuana.

The US Coast Guard said the contraband offloaded in the US Virgin Islands was placed in the custody of the US Drug Enforcement Agency (DEA) special agents in St. Croix for processing and disposition.