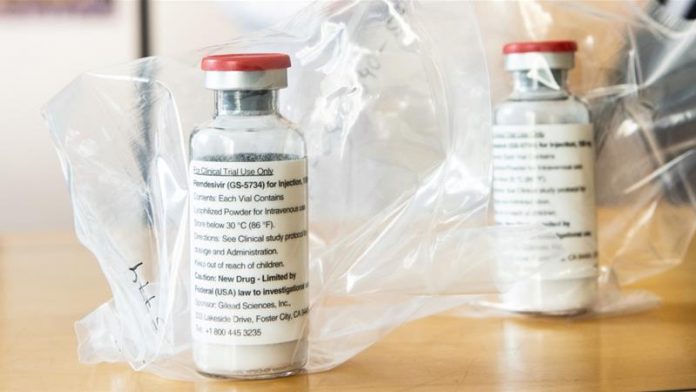 The United States has bought nearly all the available global supplies for the next three months of anti-viral drug remdesivir, one of two drugs that have proven to be effective against COVID-19.

The US Department of Health Services (HHS) announced on Monday it had secured more than 500,000 treatment courses of remdesivir from drugmaker Gilead Sciences for US hospitals until September.

The stocks make up 100 percent of Gilead’s projected production for July and 90 percent each for August and September.

“President [Donald] Trump has struck an amazing deal to ensure Americans have access to the first authorised therapeutic for COVID-19,” HHS Secretary Alex Azar said in a statement.

“To the extent possible, we want to ensure that any American patient who needs remdesivir can get it.”

Remdesivir, which is administered intravenously in hospital, is the first drug to show improvement in COVID-19 patients in formal clinical trials, and new information about its efficacy is being closely watched around the world, as nations battle the coronavirus pandemic.

In May, US regulators allowed the emergency use of the experimental drug that appears to help some patients recover faster.

The drug has received full approval by Japanese health regulators. US approval requires a time-consuming Food and Drug Administration review, but Emergency Use Authorisations can be used in a health crisis when other options are not available.

There are currently no US approvals for treatments or vaccines for the new coronavirus that has infected more than 10 million people and killed nearly 500,000 worldwide, including more than 127,000 deaths in the US.

Dozens of companies are working on a variety of treatment and vaccine approaches.

Remdesivir, which previously failed as a treatment for Ebola, is designed to disable the mechanism by which certain viruses, including the new coronavirus, make copies of themselves and potentially overwhelm their host’s immune system.

On Monday, Gilead said it would price remdesivir at $2,340 per patient in the US and other wealthier nations. In 127 poor or middle-income countries, Gilead is allowing generic makers to supply the drug.

Last month, according to initial findings, a cheap and widely-used steroid called dexamethasone was proven to save lives among critically ill COVID-19 patients in what scientists and the World Health Organization hailed as a breakthrough in the fight against the virus.