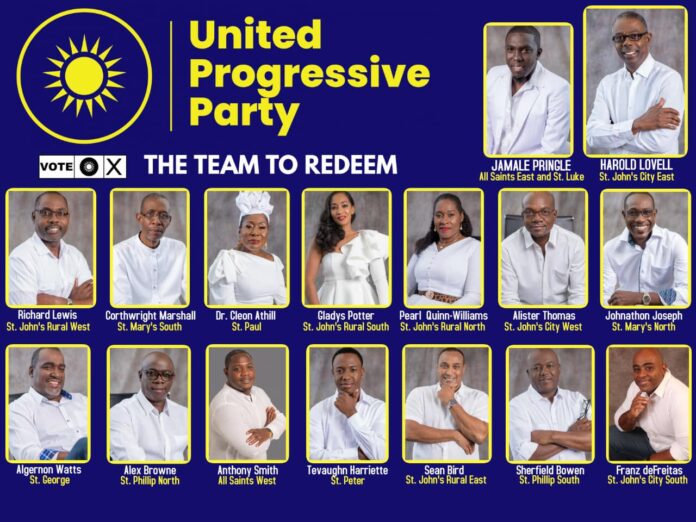 REAL NEWS: The United Progressive Party (UPP) will launch its election campaign next Thursday, January 27, at a drive-in event at Potters.

The Party is gearing up for General Elections, which are constitutionally due in 2023, but are expected to be called early.

Deputy Political Leader Jamale Pringle says the UPP will not be caught off-guard and is ready, along with its candidates, for the pending polls.

Pringle says the requisite permission has been sought and received.  He adds that police officials have even indicated that the Party’s safety protocols will be used as a template for other such events.

The All Saints East & St. Luke Candidate says a number of topical issues will be addressed at the campaign launch, including the development of small, medium and large businesses.