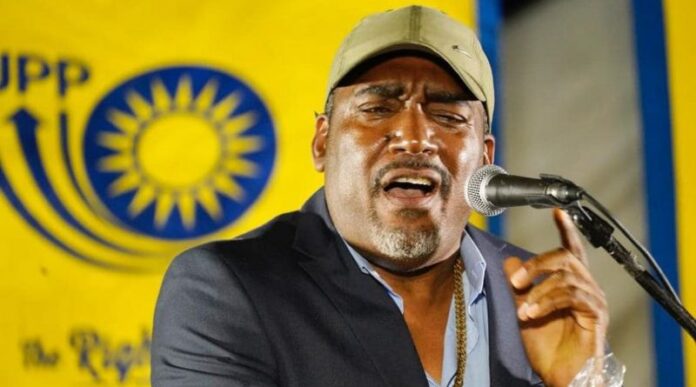 It is quite evident that God nar sleep!  What is happening at Observer Newsco the opposition’s aligned radio station, is not happening by coincidence but it’s a divine intervention to bring the hidden agenda of the establishment’s administration to light.

Kieron is one of the nation’s young brilliant minds. His Sunday program, The Big Issues, attracted a wide listenership, regardless of one’s political party affiliation. He was very astute, impartial, very objective & to say the least, very much nonpartisan.

It was very unfortunate that under such unforeseen circumstances, Kieron had to throw in his towel as an employee of Observer Newsco, due to the lack of ethics & professionlism that existed among the administration within that establishment .

Furthermore, to throw more oil into the fire, Daren Matthew – Ward, another young brilliant mind, whose morning program stood out and formed  the beacon of all morning programs, also packed his bundle and left immediately after. To me, his sad farewell speech painted a very gloomy picture of his former bosses at Observer Newsco.

Some months ago, ZDK experienced the same fate.  The senior & very experienced broadcasters did not hesitate to take off with quick speed. It is obvious that the administration of both radio stations have something in common.

Interestingly, the common factor is that the head of each radio stations are both UPP candidates for the upcoming election. Both have similar attributes, hence their political & personal vendetta, envy & hate has taken precedence over professionalism & work ethics. As a result, their emotions have taken the best of them, and so it is obvious that they have began to act like dictators.

Certainly, their behavior is yet to be desired and definitely leaves a very poor taste in one’s mouth. Their modus of operandi show the public at large that they are not capable of running the affairs of a country and there is no doubt that they can lead the nation into civil arrest.

Now let us not forget or overlook the mindset of other members of the UPP hierarchy who gave instructions to the public to ” chop up the tax collectors” . Others wished for a license to  go and kill. Others used derogatory terms to embarrass & belittle our Caricom brothers & sisters and referred to them  as paupers & thieves.

A nation, that is free from strife & poverty.

And avoid the return of the IMF program

Which will return under a misfit UPP.

To get rid of the lies & hate of UPP.

As pirates, they should be dumped in the political dustbin

So we can live in peace under the Labour party.