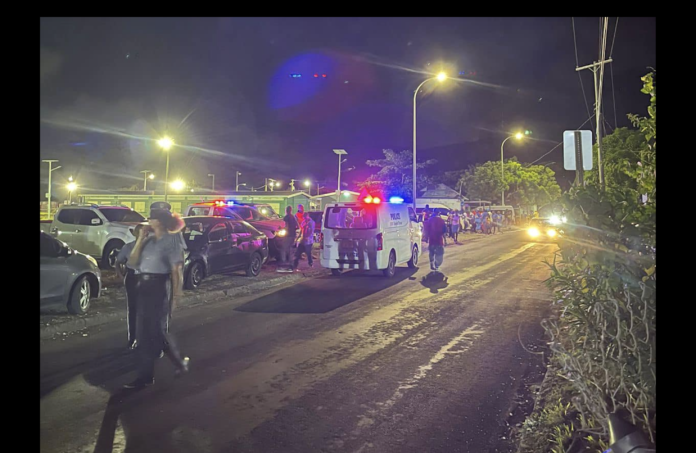 Violence is often a tool used by the weak, feeble and corrupt-minded. The record must be corrected due to a false narrative published by those who seek to gain political mileage from the very acts they tacitly incubate and foster among their supporters.

Yesterday, we at the Antigua and Barbuda Labour Party’s (ABLP) St Mary’s South Branch hosted our usual weekend buzz activity, which serves as an event to meet, greet, and socialise with the Member of Parliament and branch members.

A positive event suddenly became sullied because of a prominent supporter of the United Progressive Party (UPP) who pull up to our event while they were passing with confrontation, abuse, and physical violence.

He approached our branch, verbally abused and threatened members and constituents present, particularly the women and even assaulted me as the Parliamentary Representative.

His hate and anger then turned to a female constituent some distance away.

In his rage and anger, he rushed over to the woman and became physically violent to the extreme of severely causing damage to her head and limbs.

Egregiously and most deplorable, the UPP supporter did this in front of her children and neighbours.

Members of the community took action to bring him under control until the police arrived.

He was arrested and is now in custody, and the constituent was taken to the hospital for treatment.

From the last update, she is doing reasonably well despite the physical and mental health injuries. I will continue to provide the support needed for a swift recovery.

I, therefore, call on the UPP’s candidate, Kelvin Simon and by extension, Harold Lovell and the UPP leadership to condemn and disassociate themselves from such violent behaviour by their supporters.

Moreover, I call on my constituents, along with citizens and residents across the country, to be mindful, watchful and on guard against those who directly and indirectly associate with and encourage those who preach and act with hate, abuse, and savagery.