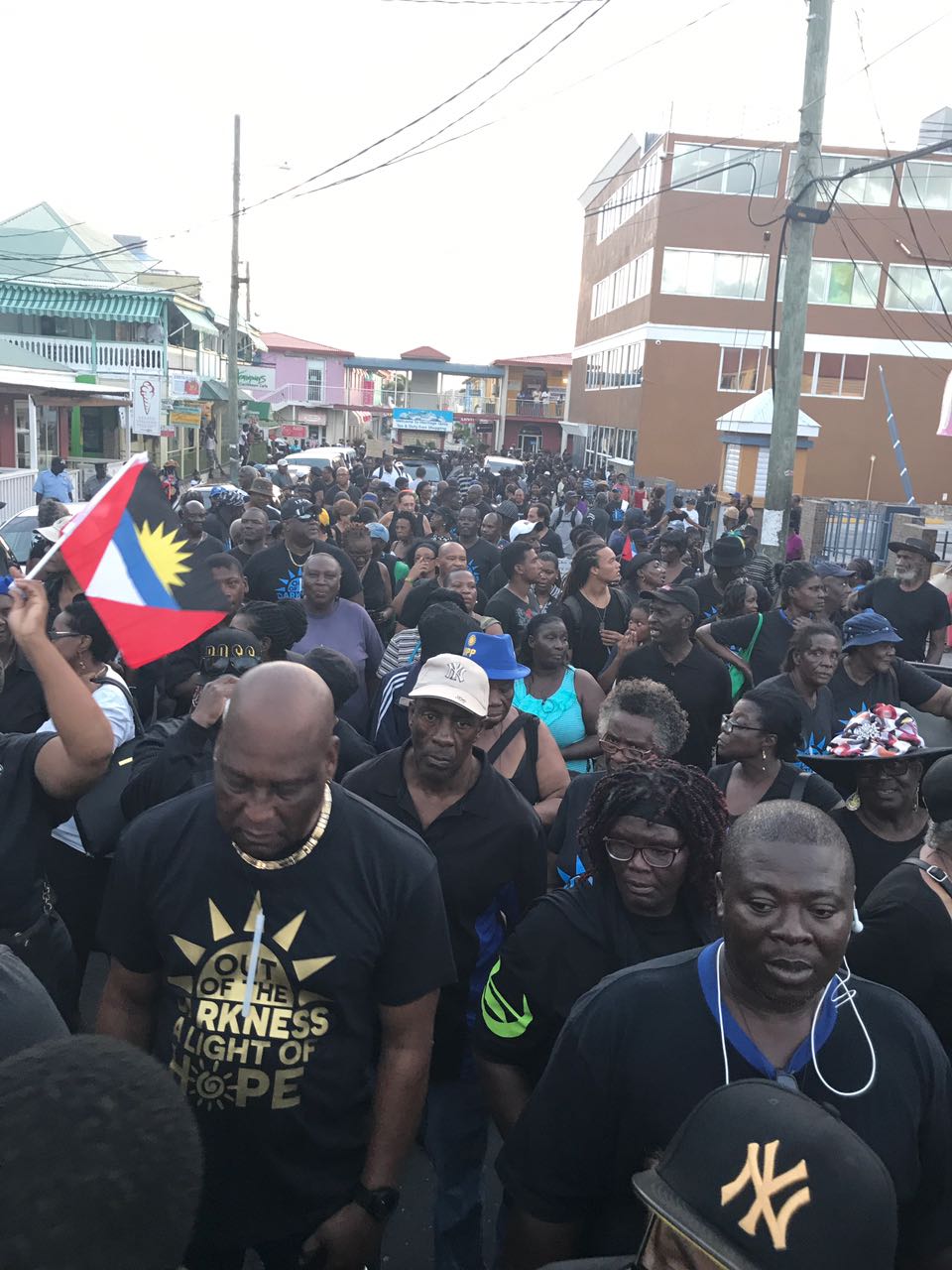 The parliamentary opposition United Progressive Party and activist group The Movement have rallied hundreds of residents to march against the Gaston Browne administration, as it observes three years in office today.

Spokesman for the UPP Damani Tabor said the Black March had the “biggest crowd of all marches we’ve called.”

One man said he joined the protest through the streets of St. John’s after questioning whether Prime Minister Browne was earning wealth for himself as opposed to the country.

Another male protester told reporters, “the YIDA project and the Five Islands school that’s up there not open” are among reasons for his participation.

Other participants in the so-called Black March also had concerns about the Chinese investment group, YIDA because “it brings no taxes and no employment for Antiguans.”

“The labour party is a rip-off organization and it must stop,” another man added.

And a woman wearing all black said simply “the country nah run good.” 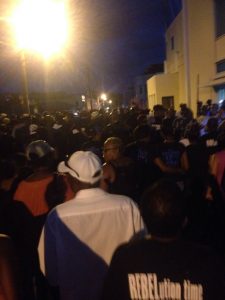 UPP leader Harold Lovell said the march is about sending “a signal to the government.”

“I think the turnout is excellent, we have thousands of people here,” Lovell said during a live broadcast of the march.

“This is a march intended to tell the government we are dissatisfied with the broken promises and nothing is happening in the economy…the economy has gone flat,” he added.

Lovell said despite the state of the country the UPP can turn things around.

“We believe that the UPP can solve the problem that we have in front of us. We were there for ten years, we’ve learned from our mistakes and we can go forward and correct anything.

“We have a lot of new ideas that we’ve gathered from talking to the people.”