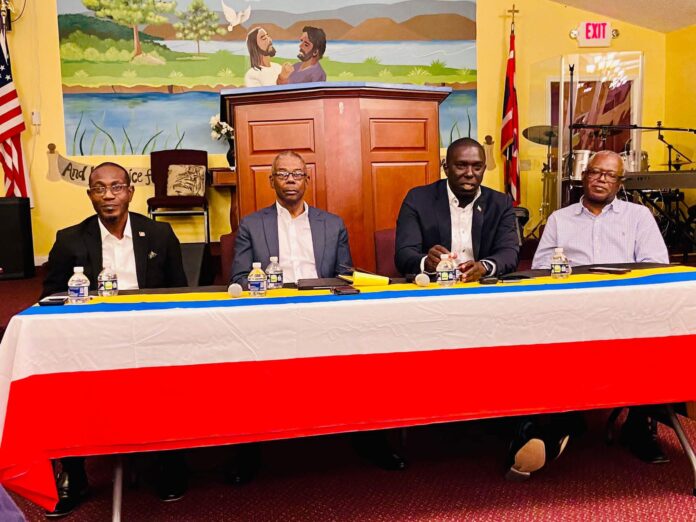 Among the UPP’s major investment goals are the diversification of economic sectors, establishment of extensive trade links and the uplifting of people and the economy through lucrative small business and entrepreneurship opportunities.

The event attracted over 40 principals and senior executives of various organizations. There was keen interest in Antigua and Barbuda’s strong capacity for trade and investment in the areas of tourism, air transportation, manufacturing, agriculture agtech, fin tech and international banking.

Describing the reception as highly successful, UPP’s Political Leader, Harold Lovell emphasized that job creation and economic diversification were the highest priority issues on the agenda.

“While we are proud of our tourism industry and the potential of our product, we recognize that the world is changing and we must also develop other key sectors.  We highlighted Antigua and Barbuda’s key assets as an ideal business location, a premier tourism destination, central geographic location, trained work force, and stable currency.”

The reception provided an opportunity for effective networking to discuss coalition-building opportunities that will advance economic diversification. There was significant interest in learning more about how local assets and ideas can be transformed into economic opportunities