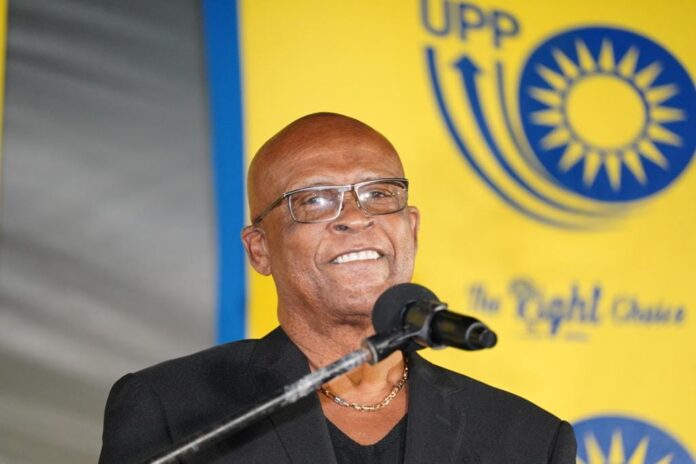 Harold Lovell, Political Leader of the United Progressive Party (UPP), is congratulating the six Party Members who were elected to the Executive Committee on Sunday, July 3.

During the first in-person meeting of the General Council since September 2020, elections were held to fill several posts that had become vacant.

Three positions had become vacant by virtue of the post-holders having been ratified as Candidates; two owing to Members’ leaves of absence; and the other due to the passing of Brother Michael Burton.

“This was a very uplifting and encouraging exercise,” Lovell said of Sunday’s vote.  “The atmosphere was very warm and supportive of all who were nominated and congratulatory to the winners.

“It speaks of the Party’s spirit of unity, its desire to put forward our best players, and its recognition of the commitment and competence of those elected,” he added.

“Like the rest of the Executive, I warmly congratulate the winners and welcome them into service; those who did not win, I thank them for accepting the nominations; and to the General Council membership, I express my admiration for their maturity and spirit of participation,” the Political Leader said.

The vote was conducted by Member-at-Large Brother Rudolph Davis and involved delegates’ show of hands – a decision agreed upon via a Motion put to the 16 Branches present.

Lovell also congratulated the Party’s General Secretary, Senator Shawn Nicholas, and her team for pulling off “a well-attended and highly successful meeting, with all the administrative matters professionally handled.”