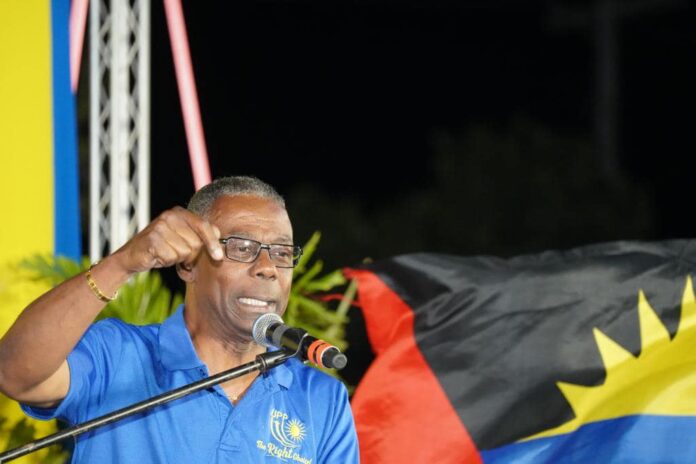 Harold Lovell, Political Leader of the United Progressive Party (UPP), is gratified to see the Browne Administration adopt another of the Party’s plans – this time the removal of the work-permit requirement for nationals of CARICOM and the Dominican Republic.

That decision, which is contained within the UPP’s “One Caribbean” policy, was announced right after the New Year opened; carried in the press on Tuesday; and ventilated by Lovell on Thursday night at the political rally held in the City East constituency.

Its adoption by the Labour Party Government is accepted by the UPP as validation of its Political Leader’s vision and ideas and proof that it is the UPP who is poised to take this country to an elevated level.

It proves, as well, that the UPP’s policies will NOT bankrupt the country, as the ALP contends, since the Browne Administration already has adopted our proposals on fuel-price reductions and a revision of the minimum wage, albeit in disappointing quantums.

Meanwhile, despite the ALP Government’s declaration, today, that these categories of residents will be exempted from requiring work permits, the UPP has its reservations about its implementation of the policy.

Residents will recall that, on the eve of the 2018 General Election, Prime Minister Gaston Browne claimed he would remove the payment of ABST from eyeglasses and funeral expenses. To date, however, this has not been done.

Further, the memories of how the non-national community was used in previous elections –  only to be deprived of the six-month work-permit waiver promised in 2014 and then rewarded with a sudden and brutal hike in work-permit and Extension-Form fees after 2018 – have not faded.

In this current instance, the UPP can only hope the ALP Government has not filched Mr. Lovell’s plans simply to deceive these members of the immigrant community and secure votes by dishonesty.