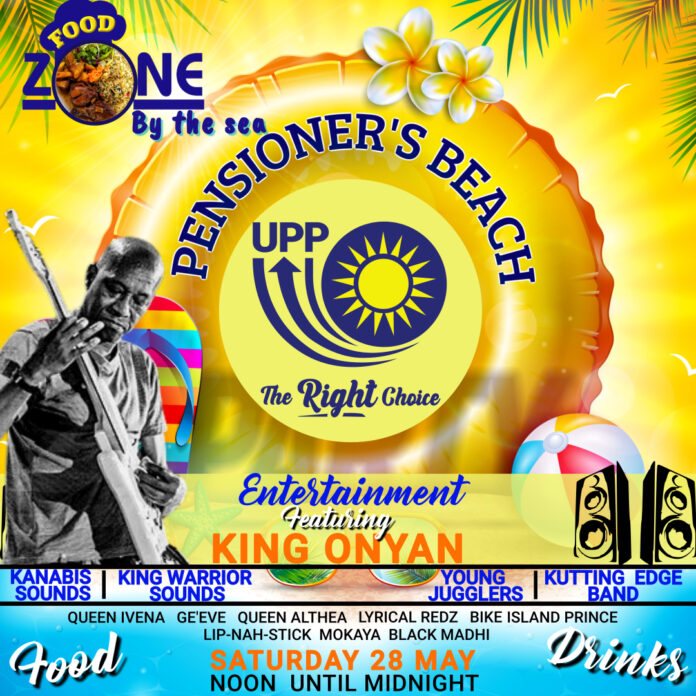 As the campaign fever heats up, the UPP continues to find effective ways to maintain momentum, using a robust, grassroots approach to connect with supporters, friends and the undecided.

The Party’s latest fundraiser, Food Zone By the Sea at Pensioners’ Beach, will kick off on 28th May.

This exciting family event will feature a selection of cuisine including local dishes, a range of drinks and a line-up of local entertainment, headlined by King Onyan.

“We are humbled and grateful to see the growing support that our campaign has received from the community,” said Harold Lovell, UPP Political Leader. “It is not about just going through the motion. It’s about doing the hard work that it takes to win the trust of the people of this country, who deserve a better future. The Redeem Team is ready for the challenge. We invite everyone to come out and support this event.”

As the Redeem Team continues to move full steam ahead, the UPP candidates will be on hand to meet and greet the people who continue to rally around them.

For more information about the event send an email to: [email protected]