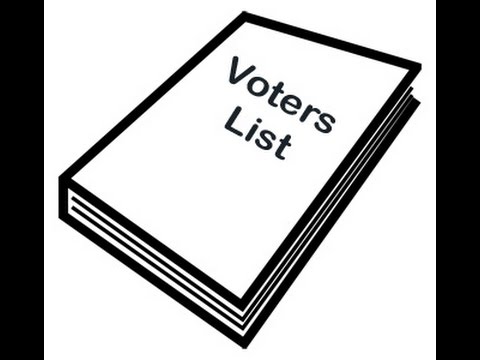 The United Progressive Party notes with utmost concern that the Electoral List, which is required by law to be published on June 30, has not yet been published as of today’s date, July 11. No explanation for this delay has been given by the Electoral Commission and the UPP demands answers from ABEC in the public interest.

Timely publication of the Voters’ List is required to facilitate maximum preparation by the Commission, Political parties, interest groups and citizens alike.

The UPP also notes that if general elections are called before the next publication of the List, on December 31, the June list, with minor adjustments, will become the final List for Elections. Therefore an accurate list, published on time, goes a long way in advancing the electoral process. Critically, the late publication of the Voters’ List reduces the time available to make claims and objections.

The UPP welcomes ABEC’s decision to allow registrants who have lost their receipts as proof of registration to pick up their cards by showing a government issued identification. We however call on ABEC to resume, as early as possible – if not sooner, the dissemination of information regarding registrants who have not yet picked up their voter identification cards. While the effort to list the holders of uncollected cards on the ABEC website was a positive one, the online list has not been updated since October 2021.

UPP Public Relations Officer Senator Damani Tabor noted “For the election to be successful and democratic, Voters’ must understand their rights and responsibilities, and must be sufficiently knowledgeable to participate meaningfully in the voting process.”

The UPP urges ABEC to significantly step up its public voter education, which should include the location of polling stations in the respective polling districts. Such efforts will facilitate an efficient and smooth running electoral process.