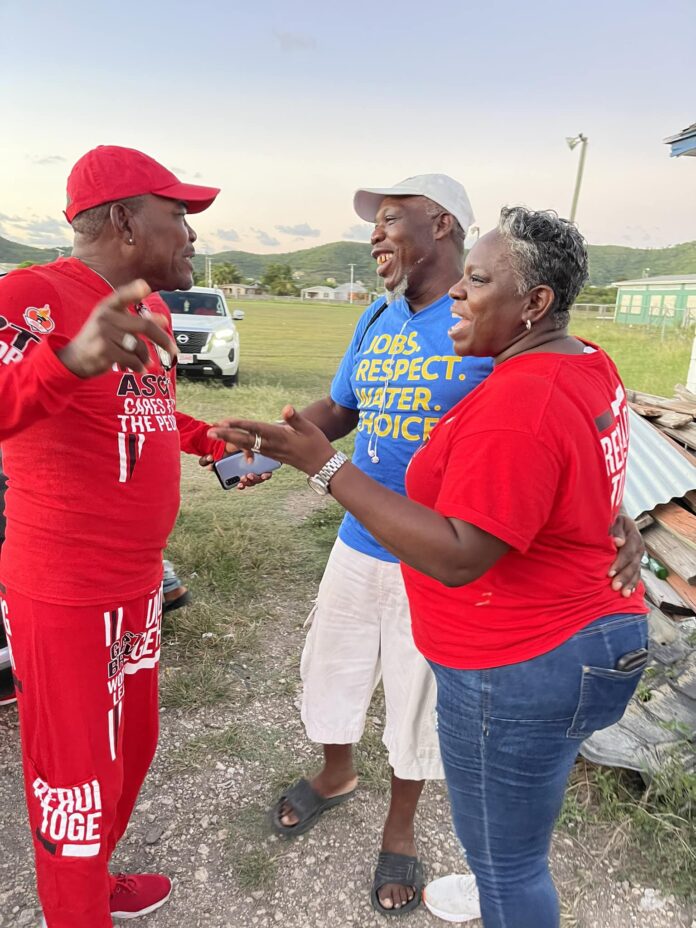 The leadership of the United Progressive Party (UPP) condemns the acts of violence that occurred on Bolans Village Main Road on Saturday, during the St Mary’s South “Small Business Pull Up,” organized by the party.

The route for this UPP initiative had been approved by the police who also accompanied the caravan.

As the mobile gathering was nearing its close, an altercation occurred between two persons.

This confrontation appears to have been an orchestrated effort by ABLP operatives to provoke, intimidate and assault supporters of the UPP.

Since late August, the UPP has successfully staged 8 similar events in other constituencies to highlight and support small business owners, without incident.

At no time during the altercation did Honorable Samantha Marshall and her team attempt to defuse the tension. Instead MP Marshall was quick to sow seeds of division by defending her team, while making a statement that completely twists the truth.

The UPP takes pride in organizing peaceful events that engage and empower the people. The Party is vehemently opposed to any politically motivated violence, particularly ahead of the general elections.

The leadership of the UPP therefore calls for MP Marshall to act responsibly by condemning the disruptive ALP operatives who provoked the confrontation.

We encourage her to find meaningful opportunities to empower these young people to become more productive in uplifting their community.

“We believe that every Antiguan and Barbudan has a right to peacefully organize, march and support their political beliefs – but no one has the right to violently attack their political opponents,” said UPP Political Leader Harold Lovell.

“It is unfortunate that the small businesses in Bolans were denied the opportunity to participate in this initiative that has been effective in helping many small enterprises generate more sales, new customers and build community pride,” said Kelvin “Shugy” Simon, UPP Candidate for St. Mary’s South. “The UPP will continue to host the weekly “Small Business Pull Up,” in a peaceful and organized manner that is guaranteed by our Constitution.”