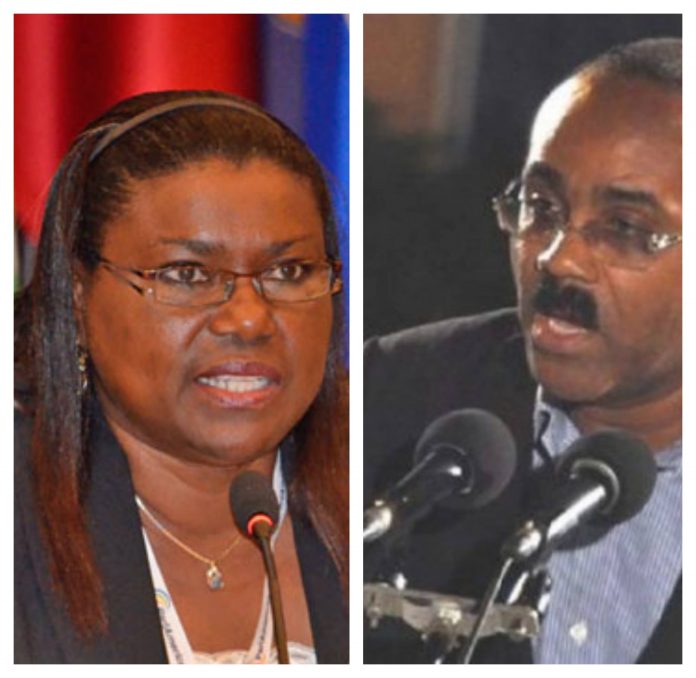 REAL NEWS- D.Gisele Isaac, Chairman of the United Progressive Party (UPP), is condemning the less-than-prime-ministerial behaviour of Prime Minister Gaston Browne during a town hall meeting with Antiguans and Barbudans living in the Diaspora this past weekend.

At the time, Browne and three of his Cabinet colleagues were fielding questions, updating the audience on developments in Antigua and Barbuda, and addressing their concerns.

One attendee posed two questions to the Prime Minister – the first of which provoked irritation, while the second elicited downright hostility.

An agitated Browne directed some disparaging remarks at the man and then waved him off dismissively before addressing the second question – which had to do with murdered Customs Officer Nigel Christian.

Isaac says that Browne should not have invited people to attend such an event if he did not wish to field certain questions. She was also critical of his callous response, given that Christian’s relatives are still mourning the loss of their loved one, who was killed in such a brutal fashion.

Further, Isaac says the Prime Minister has effectively undermined confidence in the criminal justice system. She took particular umbrage at Browne saying that persons are making the Nigel Christian matter a cause célèbre.

Isaac was also disgusted by Browne’s insinuation that Christian was a “dirty” or compromised Customs officer. But the Prime Minister went further, alleging that unnamed persons are benefiting from supposedly illegal proceeds Christian left behind.

And, as a final shot, Browne warned these persons not to push him to the point of revealing certain information.

Isaac is asking how the Prime Minister was able to share so much inside information about the case, when the Police has only skirted around direct questions from the public.