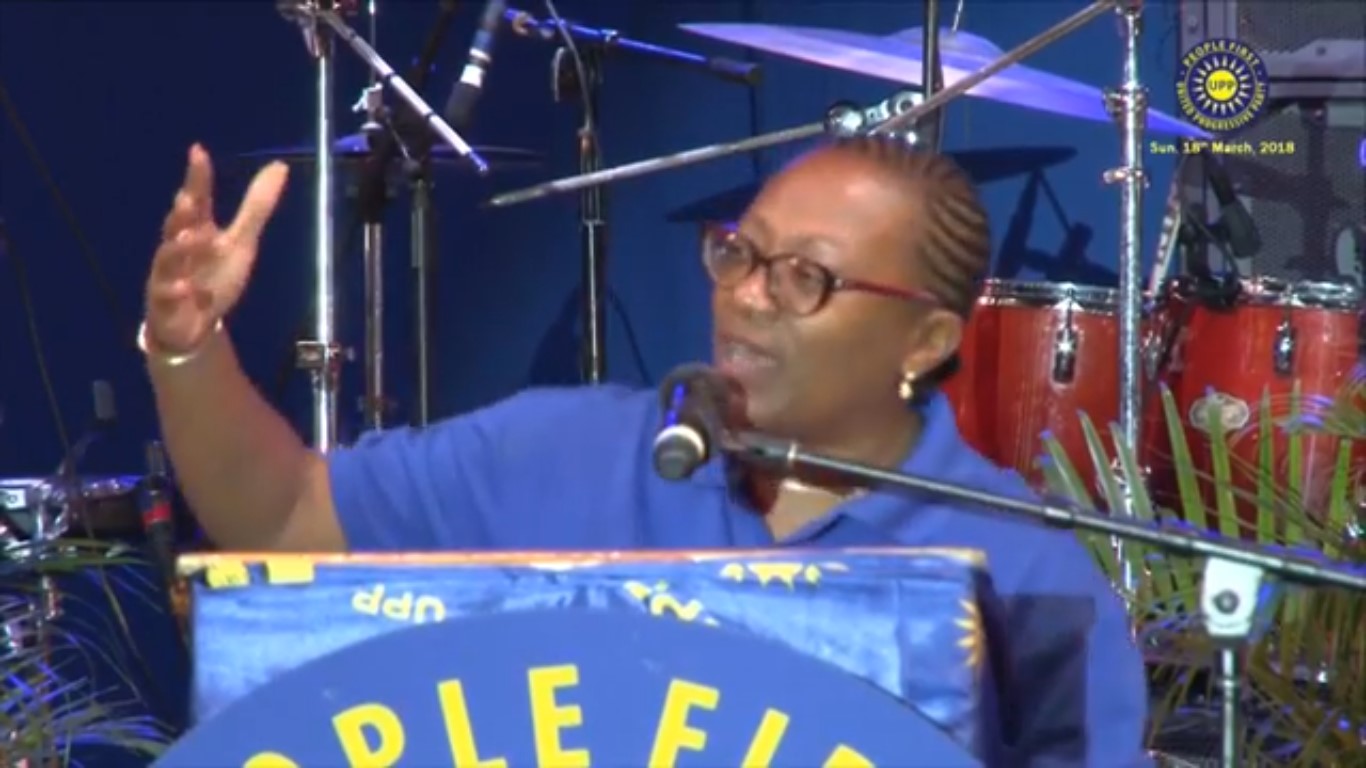 United Progressive Party candidate for the St. Philips North Constituency Shawn Nicholas has made a firm appeal to undecided voters.

With three days to go before the 2018 general election, Nicholas told the electors who have not decided where they will vote to put the UPP back in power.

“I want to give you a message tonight we are at a crossroad. we are at that point of delivering Antigua and Barbuda and we have no space for undecideds,” she told the party’s last major campaign event before the poll.

A combined 34 percent were either unwilling to say or undecided on the question of which party they would support.

In appealing to the undecided voters Nicholas said: “at this critical juncture in Antigua and Barbuda’s history, we cannot have people say that I am still undecided.”

“Antigua and Barbuda needs every single one of us to take us over the precipice and to save us from this wicked one term Antigua Barbuda Labour Party government,” she told a rally on Sunday night.

“If you want a leader who has no respect for neither God nor man you can remain undecided,” she said.