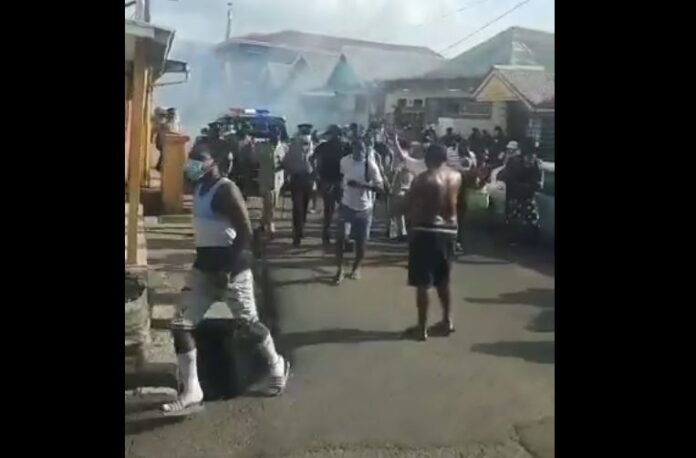 On this first anniversary of Teargas Sunday – August 8th, 2021 – the UPP reaffirms its commitment to respecting the freedom of choice of all Antiguan and Barbudan citizens and residents.

We again condemn, in the strongest terms, the ABLP Administration’s shameful acts of attacking peaceful protesters with tear gas and rubber bullets. The Government’s actions on that dark day were so reckless, that zero regard was given to the presence of children and the elderly. Further, the attacks were so indiscriminate that hundreds of people, who had not even attended the protest, were teargassed in their homes.

The UPP reiterates its call for a full investigation into the use of tear gas and rubber bullets against peaceful protesters.

The UPP further calls for the immediate dropping of all charges laid against individuals who organized, or participated in, the protest action on August 8th, 2021.

Finally, the UPP’s reiterates it’s commitment to pay the two months of docked wages to all Government workers who were sent home for exercising their freedom of choice, during the draconian ABLP vaccine mandate.