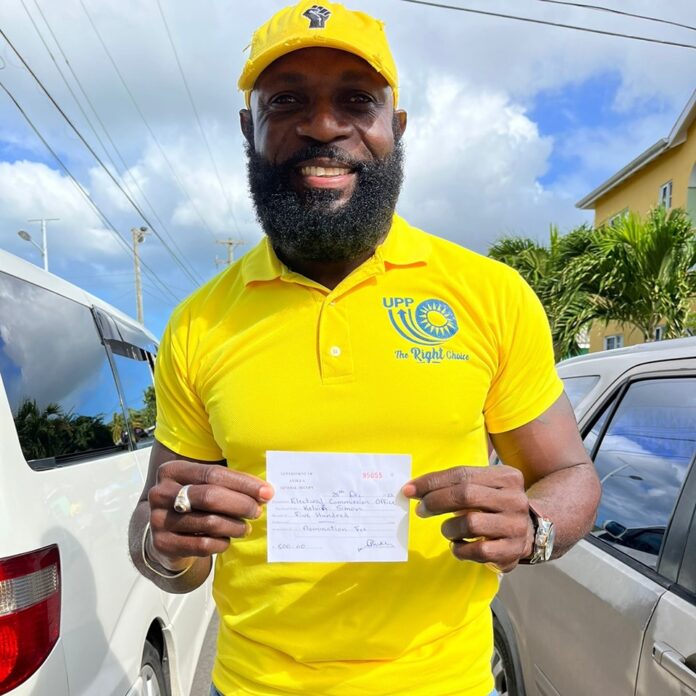 UPP Assures Supporters That Simon’s Nomination is Valid and Constitutional

The United Progressive Party (UPP) is assuring its members and supporters that its Candidate for St. Mary’s South, Kelvin “Shugy” Simon, was legally nominated on Wednesday,  December 28.

Despite claims to the contrary by certain political interests, Mr. Simon was nominated according to the requirements of the Representation of the People Act.

In addressing the fabricated controversy about the legality of his nomination, the Party refers to Section. 39. 1. of the Antigua and Barbuda Constitution.

The Party draws attention to the word “elected,” noting that there is no prohibition on nomination.

The UPP also acknowledges the Civil Service Rule which states that a public servant cannot run for elections unless he first resigns from the Service.

However, the Party holds that this section of the Civil Service Rules is unconstitutional.

Notwithstanding that, only Brother Simon and the UPP will determine the pre-election date on which his resignation will be tendered, and we will not be coerced or intimidated by outside forces.

In the meantime, the United Progressive Party  expresses appreciation to its concerned supporters and to those Branch Members who nominated Brother Simon and have reposed their confidence in him.

We, too, are confident that his bid in St. Mary’s South will be successful.