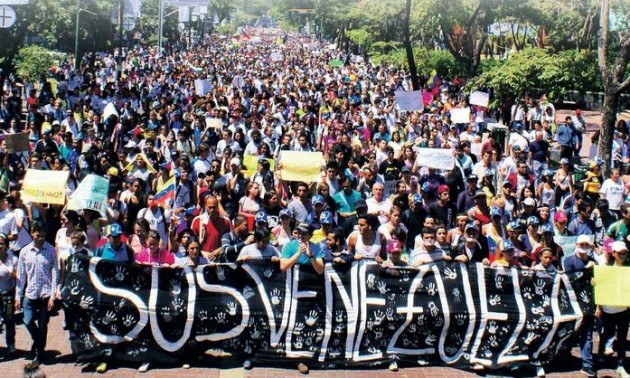 The United Progressive Party (UPP) has agreed with the government not to take any action or impose sanctions on Venezuela unlike it’s Caricom counterpart St. Lucia.

The Nicolas Maduro-led country has been in turmoil for months, with people being killed after country-wide protests over his leadership. There have also been threats by the United States (US) of military action against the South American nation.

This week, St Lucia announced that it was mulling imposing visa requirements on Venezuelans, apparently in a show of protest against its key energy benefactor.

That country’s Prime Minister Allen Chastanet said he was “deeply concerned with what was taking place in Venezuela.

Prime Minister Gaston Browne and his Foreign Affairs Minister Charles “Max” Fernandez both agreed that no action needed to be taken against the South American country.

Public Relations Officer (PRO) for the UPP Damani Tabor told Antigua News Room that the opposition is monitoring the developments and do not think it is appropriate for any action to be brought against Venezuela.

“In regards to the crisis in Venezuela, the UPP’s position is that we are taking a line of noninterference. We are noting the situation. Venezuela has been a faithful friend over the years, especially coming down with the deepening relations with the late Hugo Chavez, and we are optimistic that international diplomacy and intervention will lead to the regularisation of the situation…

“But we are not taking any official action, we are not advocating for any stances to be taken against the country in terms of visa imposition or any other measures. We have taken a stance of observation and hopeful optimism at this point,” Tabor said.

He said the government is taking an appropriate position at this time.

However, Tabor said the UPP reserves the right to change its position if developments in Venezuela were to exceed a certain point.

In addition to St Lucia, other regional allies have turned their backs on Venezuela-one of the world’s top petroleum producers.