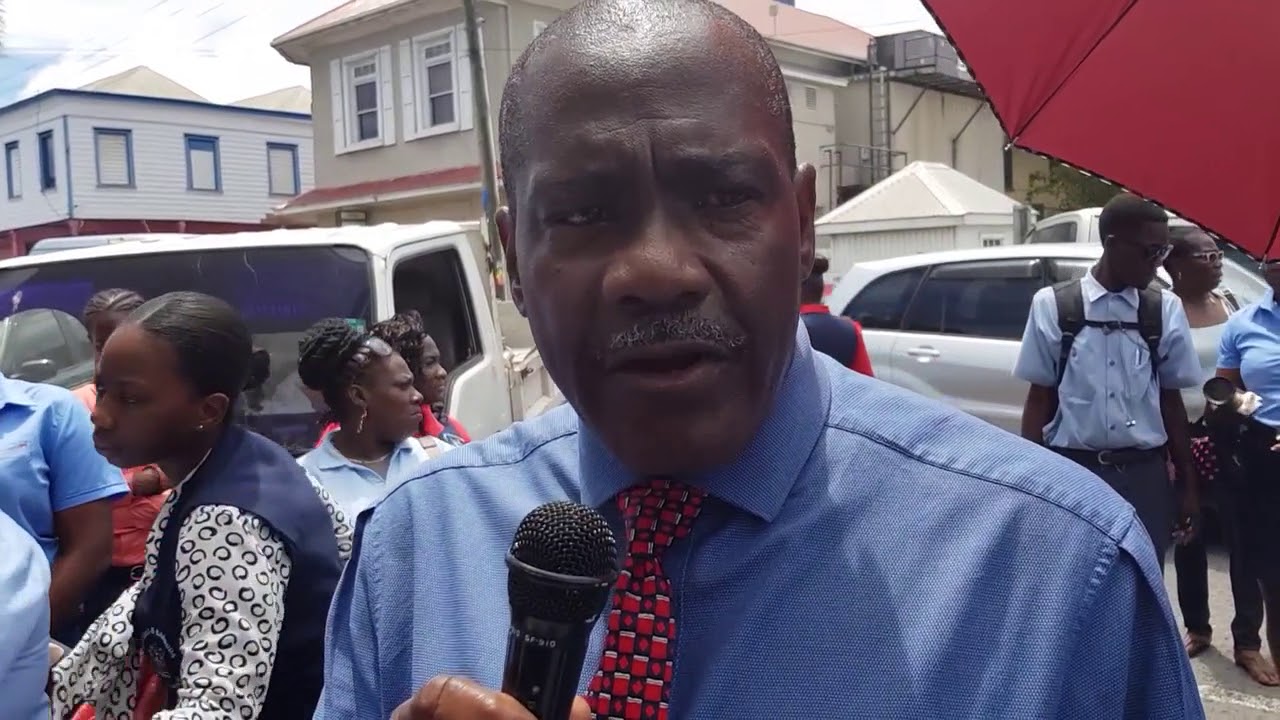 Many of approximately 300 workers of the Antigua and Barbuda General Post Office refused to enter the headquarters on High Street today.

“Workers were asked to come in this morning so that services can continue,” offered Wigley George, president of the Postal Services bargaining agent Antigua and Barbuda Trades and Labour Union (ABT&LU).

“But on their arrival, they recognized that the construction crew is still here making the conditions worse for the workers,” he continued.

The union lamented the smell of fresh paint, dust, debris and non-working bathroom facilities as some of the most dire issues being presented by the workers.

While the staff members were protesting their undue conditions on the outside of the High Street building, members of the Public Health Inspection Department were inspecting the building in order to assess a proper way forward for management and staff at around 10 am that morning.

It was subsequently decided that the main sorting area would be thoroughly cleaned before start of business tomorrow and that the areas in which the workers operate would be cordoned off to prevent further agitation and possible future injury to the members of staff.

Though the post office remains open because the custom division workers are still performing their functions at the Post Office. Some of the duties that would normally be performed exclusively by the Postal worker staff such as record keeping, mail search and retrieval etc. are now being performed by the customs officers.

“If tomorrow morning comes and the conditions remain the same, I will not recommend that you all stay in the building,” said the ABT&LU president after speaking with the health officials.

Senior Health Public Inspector, Jerome Greene, along with the other concerns already stated that he acknowledged that the noise pollution arising from the ongoing work on site, was a legitimate staff concern and will be addressed as they go forward.

The president also assured that the union will be meeting with the Permanent Secretary, Post Master General and top officials to address all of the worker concerns at 2pm earlier today.