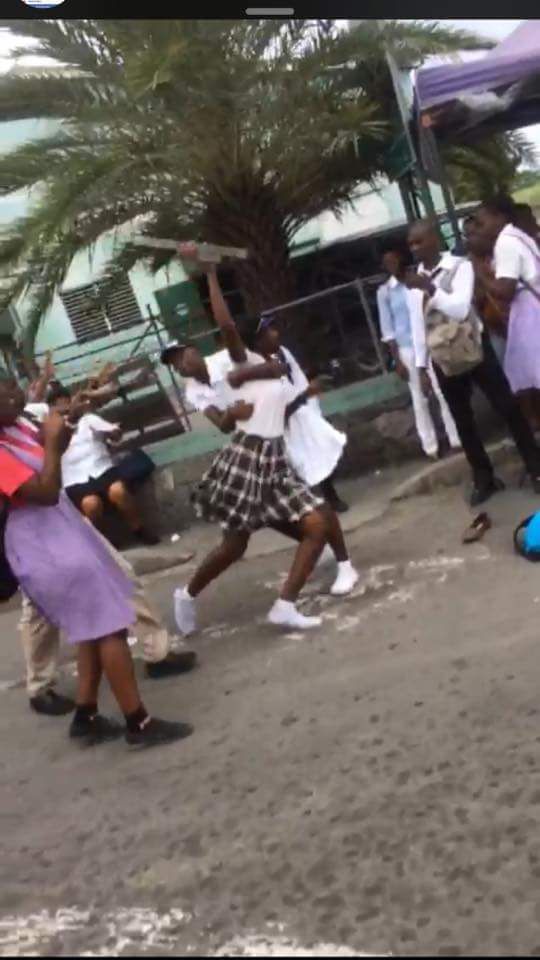 Lawmen released the following statement to Antigua News Room after being contacted about yesterday’s stabbing at the West Bus Station.

“There was an alleged fight between four female students around 3:15 pm on Monday in the vicinity of the West Bus Station Terminal. Investigations into the matter are currently ongoing; however, it was reported that one 16 yr old, 3rd Form student of Jennings Secondary School allegedly stabbed another 16 yr old 3rd For student of Ottos Comprehensive School with a sharp instrument. She received medical treatment from the EMS, who were summoned to the scene.