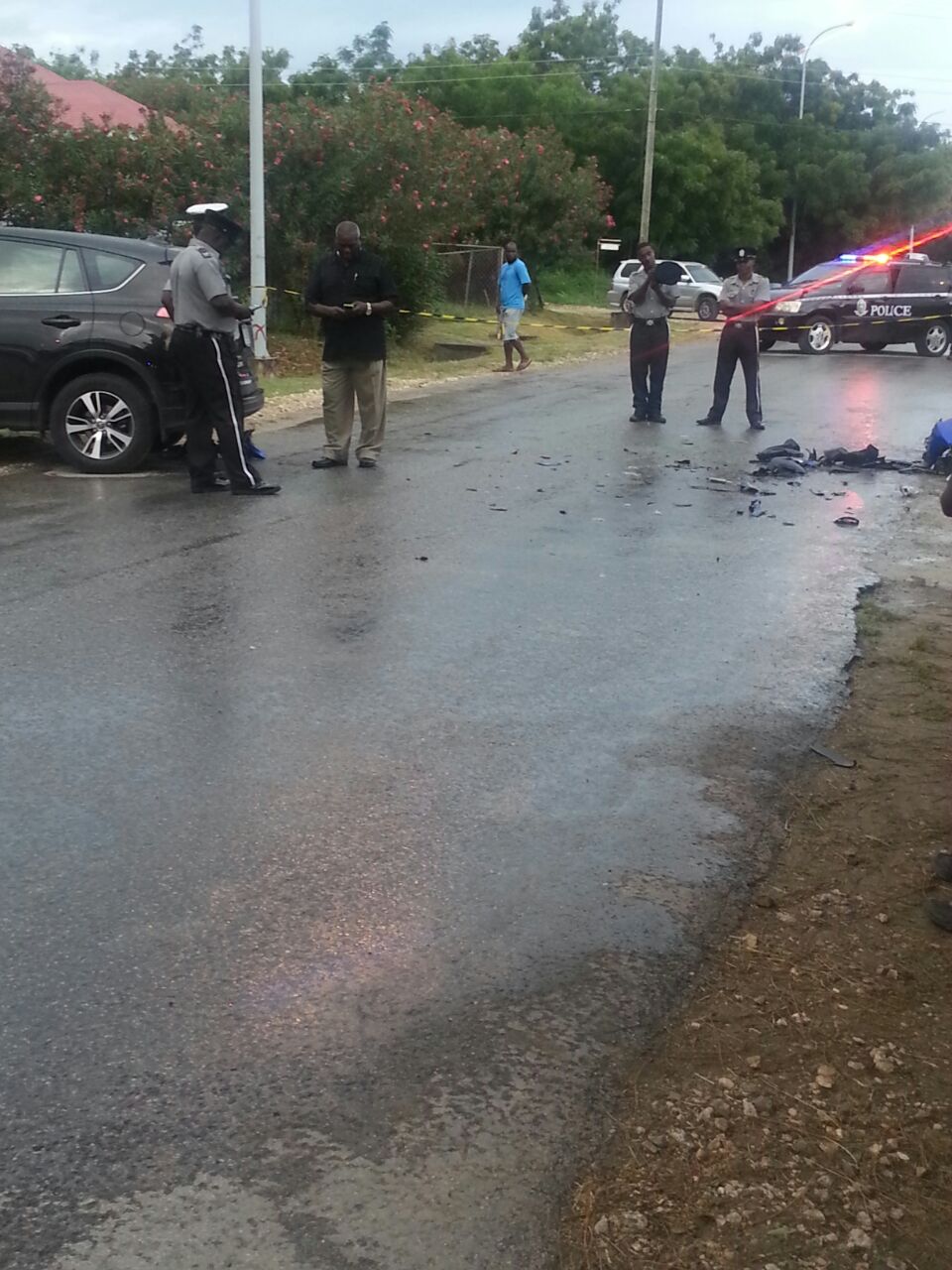 The Customs Officer who was badly injured in a traffic accident on the Falmouth main road today has had emergency surgery.

The both legs of Curtis Gordon were broken and he also received lacerations and abrasions about the body.

The motorcyclists was transported to the Mount St. John’s Medical Centre via ambulance this afternoon in an unresponsive state.

According to people close to his treatment, he remains in a critical condition.

The Barbuda man was traveling in the direction of St. John’s on his motorcycle when a black Toyota Rav 4 collided with him.

The Rav 4 was leaving a secondary road close to Papa’s Restaurant. The motorcycle was extensively damaged.

The accident caused traffic to be backed up for hours as on lookers crowded the scene.