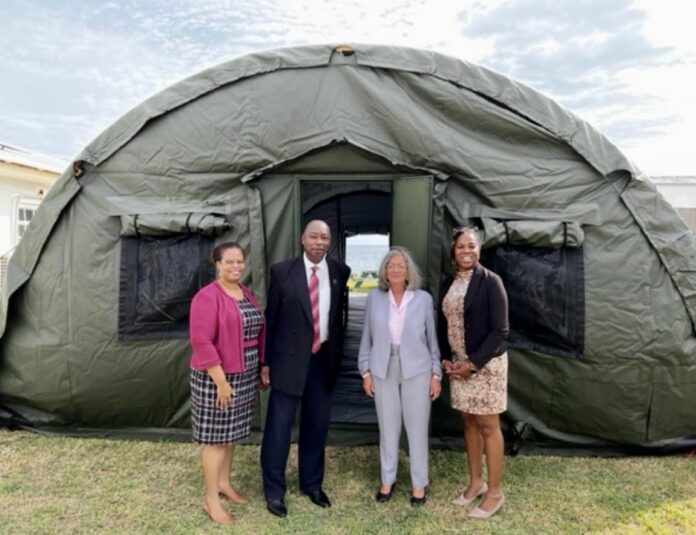 The United States of America has donated additional disaster relief supplies to the
Regional Security System (RSS), in an event coordinated by the U.S. Embassy in
Barbados.

The supplies, which included seven tents, ten environmental control units
and 300 bed sets, will be used in future disaster relief operations conducted by the
RSS across the Caribbean. U.S. Ambassador to Barbados and the Eastern
Caribbean Linda Taglialatela presented the supplies to Deputy Executive Director of
the RSS Graham Archer at a handover ceremony at the RSS Headquarters at
Paragon Base in Christ Church, Barbados.

This donation builds on the longstanding partnership between the United States and
the RSS, not only in the area of disaster relief but in narcotics interdiction, organized
crime investigations, and rule of law programs.

The United States remains committed to building and supporting regional resilience and is pleased that this donation will enable the RSS to continue its regional missions of natural disaster response.