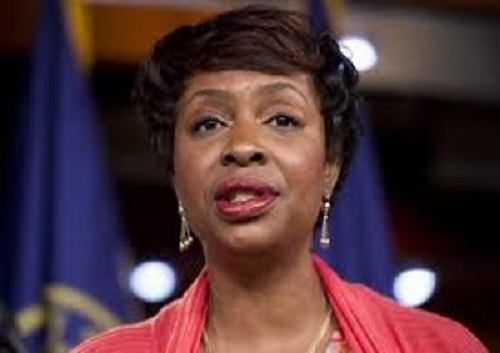 Caribbean American Democratic Congresswoman Yvette D. Clarke says she is “disheartened but not surprised” by the Trump administration’s decision not to grant Temporary Protected Status (TPS) to Bahamian nationals in the United States in the wake of the destruction to the Bahamas caused by Hurricane Dorian.

Trump’s decision comes on the heels of Clarke’s introduction in the US House of Representatives legislation that would provide TPS for Bahamian nationals.

“I am disheartened, but not surprised by the Trump administration’s inhumane decision to deny Bahamian nationals temporary protected status in light of the devastation they are facing in recovery from Hurricane Dorian,” Clarke, the daughter of Jamaican immigrants, told the Caribbean Media Corporation (CMC).

“Donald Trump is a bigot who has chosen to essentially close the border to victims of a devastating natural disaster,” added the representative for the predominantly Caribbean 9th Congressional District in Brooklyn, New York

“As Members of Congress, we must uphold our duty to welcome and protect individuals from across the globe who seek asylum from humanitarian crises, especially when this administration won’t.

“We’ve come to expect that this administration will not provide humanitarian aid to nations, especially to Black nations. Trump has made it clear he wants America to look the way he wants it to look, white.

“If this were a European country who had suffered the same fate as the Bahamas, we’d be having a different conversation today. Trump is a xenophobic racist who doesn’t want people of color displaced from disasters staying in America for any length of time.”

On Monday, Clarke, who is chair of the Caribbean Caucus and the Congressional Black Caucus’ Immigration Task Force, introduced “crucial legislation” to grant TPS to Bahamian nationals impacted by the Category 5 hurricane.

“When life throws a massive curve ball, Americans stand up to help those who have fallen on bad luck. As a Caribbean-American myself, my heart hurts for those whose lives have changed as they know it back home in the Caribbean.

“My legislation will assist in easing these folks’ new reality as a result of the devastation they’ve experienced from Hurricane Dorian,” she added.

Specifically, Clarke said the TPS for Victims of Hurricane Dorian Act would allow Bahamians in the US to remain in the country during “this difficult chapter for the islands under the TPS programme.”

“There is a longstanding history of using this programme to permit victims of natural disasters and other humanitarian crises in designated countries,” she added.

The US Congress created Temporary Protected Status (TPS) in the Immigration Act of 1990.