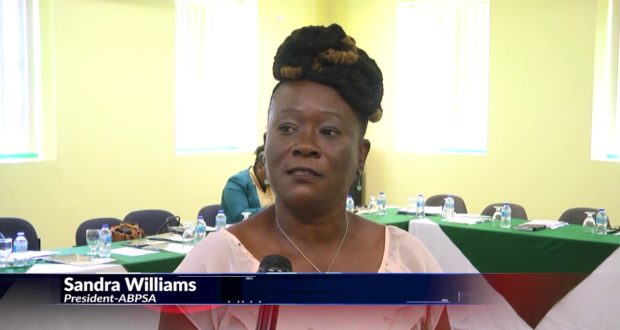 On Thursday, a memo was issued to senior public servants informing them of the meeting after the PSA said it had received an unfavourable response from the government’s negotiating team to its proposals.

The PSA is reported to have submitted a proposal in December, asking for a 33.3 per cent increase for some workers; that the minimum pay is moved up from EC$1,600-plus to EC$2,500 (One EC dollar=US$0.37 cents); and for other concessions/benefits.

PSA general secretary Sandra Williams said the PSA had convened the meeting with its membership on “the negotiations issue and the back pay arrangements that the government refuses to take on.

“So we are at the Botanical Gardens and the Prime Minister and Minister of Finance Mr. Gaston Browne and Samantha Marshall showed up at our private meeting to intimidate workers in the public sector”.

She said workers who were coming to attend the meeting “turned back because the prime minister is there and they seem intimidated”.

Browne later addressed the workers saying there was no need for protest action against his administration.

“I am giving you a commitment that on an ongoing basis we make adjustments to ensure that we close the gap and that we ultimately increase our income,” he said.

He said one of the reasons why his government had made the five per cent offer across the public service “was to address the issue of inflation during our tenure.

“Within the three and a half years inflation would have been less than five per cent and you can check the IMF (International Monetary Fund) figures,” he added.

But the PSA has in the past described the five per cent wage offer as an “insult” saying it will make no impact on lives of its members.

General elections will be held here on March 21, and a member of the Brown administration has accused the union of engaging in politics as a result of the wage negotiations.

The Minister of State in the Ministry of Finance, Lennox Weston, Thursday night told supporters of the Antigua and Barbuda Labour Party (APLP) that the PSA was campaigning on behalf of the main opposition United Progressive Party (UPP).

“Tell the civil service union, raise their hand if they want a showdown,” he added.