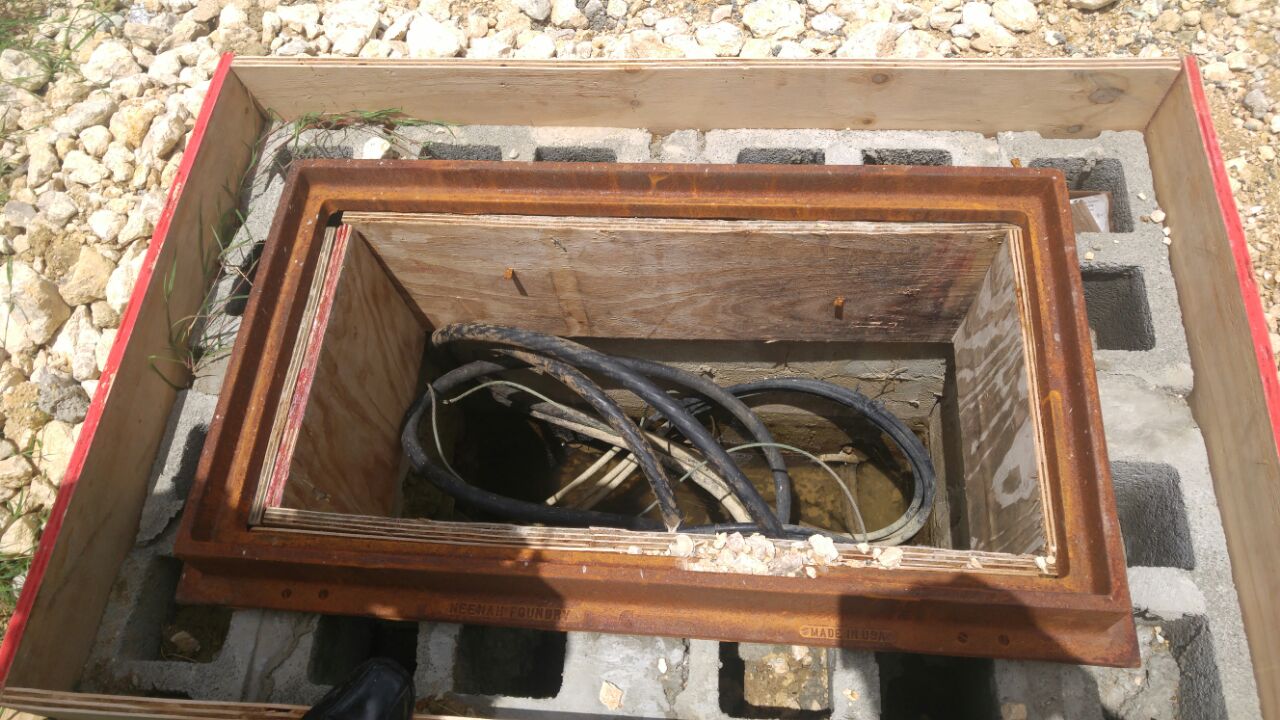 11,000 volts of power is being transmitted through underground cables to supply 48 homes with dual voltages of 115 and 230 volts. “It is the much better installation out of the underground and overhead; fewer losses meaning kilowatt losses in the event [that] a hurricane might pass. We’ll have less down time”, says Supervisor in the Electricity Business Unit, Eustace Lynch.

Lynch also adds that in addition to damage to overhead lines due to natural disasters, the likelihood of erosion as a result of weathering and wires pulled down by large trucks are significantly reduced.

The primary line of 11000 volts is five feet underground while the secondary wires supplying 240 and 120 volts run approximately three feet below the surface. The wires are threaded through PVC pipes via manholes throughout the housing community.

This technology is low maintenance requiring routine checks at terminations points; transformers, panels, and meter base. It also provides a safer alternative to overhead wiring. APUA has also installed 22 solar lights for the Dredge Bay Project-to-date.

These lights are independent of the utility grid leading to lower operational cost. The lights are dependent on the heat energy from the sun and store that energy throughout the day via two batteries. Conventionally, solar streetlights require less maintenance cost than our High-Pressure Sodium and Mercury Vapour lights.

An advantage of solar lights is that during a feeder or system outage during the night, these lights will still emit light providing a secure atmosphere while reducing our carbon footprint.