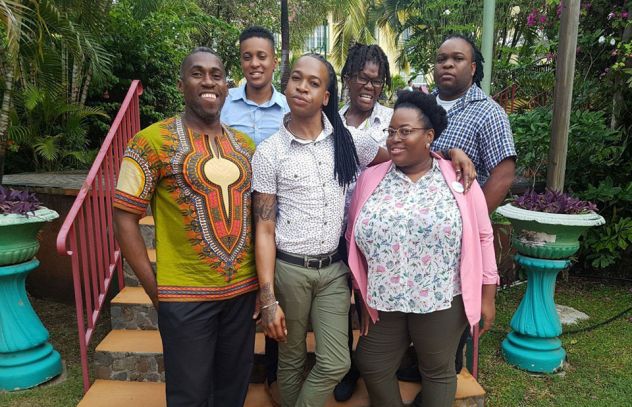 Geneva, July 7, 2022— UNAIDS applauds the ruling of the Antigua and Barbuda High Court of Justice that effectively decriminalises consensual same-sex sexual activity by holding that sections 12 and 15 of the Caribbean country’s 1995 Sexual Offences Act are unconstitutional. The court held that the criminalisation of consensual sexual acts between same-sex, adult partners infringes the rights to liberty, legal protection, freedom of expression, privacy and protection from discrimination based on sex. This ruling is an important step toward creating a more equitable context for lesbian, gay, bisexual and transgender (LGBT) people in Antigua and Barbuda to exercise their rights to dignity, justice and health.

“This ruling will save lives and will help advance the end of AIDS. It will benefit everyone in the country, and will inspire countries across the world to take the same vital step forward for health and human rights. By creating a more supportive legal environment we can accelerate progress around reducing stigma and discrimination and ensuring everyone can enjoy lives free of fear, shame and injustice,” said UNAIDS Executive Director, Winnie Byanyima. “We congratulate the courageous litigants, civil society organizations and their legal team who have earned this landmark win for equality in Antigua and Barbuda.”

The case was brought by Mr Orden David, President of  Meeting Emotional and Social Needs Holistically (MESH), an organization serving the LGBT community and  Women against Rape (WAR)—a group that provides counselling and psychosocial support to gender-based violence survivors as well as marginalized and vulnerable groups.

They argued that the criminalization of same-sex sexual relations contributed to hostile healthcare settings where LGBT people often faced verbal abuse and confidentiality breaches. Among other things, this blocked their access to HIV testing, treatment and follow-up care.

“I have seen first-hand the pain, frustration and anger that the LGBT community experiences when trying to access services,” said Ms Alexandrina Wong, WAR’s Executive Director. “This judgment… is saying to us that changes must be made to ensure that human rights are assured, and discrimination is eliminated in time.”

“This is a clear statement that we must stop the stigma and discrimination against our community, and we will continue to support each other and advocate for our rights,” Mr David said.

Criminal laws drive and sustain public health inequalities. They legitimize stigma, discrimination and violence against LGBT people, increasing their risk of contracting HIV while reducing access to life-saving care. Gay men and other men who have sex with men who live in countries that criminalize same-sex relations are more than twice as likely to be living with HIV as those living in countries without such penalties. In countries with extreme criminal penalties, this increases to more than five times as likely

This case was part of an initiative spearheaded by the Eastern Caribbean Alliance for Diversity and Equality (ECADE). In 2020 ECADE also launched legal challenges to similar laws in four other countries: Barbados, Grenada, St. Kitts and Nevis and St. Lucia.

“Our government has sworn to uphold the rights of all, and this action tells us we are on the right road,” said Kenita Placide, ECADE’s Executive Director. She acknowledged the state attorneys who supported the final position.

In the Caribbean, strategic litigation is emerging as an effective strategy for challenging punitive, colonial-era laws. There were successful challenges of laws discriminating against LGBT people in Belize in 2016 as well as Guyana and Trinidad and Tobago in 2018.

“The marginalization and criminalization of entire communities are fuelling the Caribbean HIV epidemic,” said Luisa Cabal, UNAIDS Regional Support Team Director for Latin America and the Caribbean. “This decision shows that change is possible and UNAIDS remains committed to support law reform in the region.” She emphasized that judicial review is a key component of a broader approach that includes national dialogue around social justice and equity, as well as the deepened engagement of policymakers and health professionals.

UNAIDS is contributing to community conversations around these issues, including by supporting public forums and sensitizing journalists reporting on key population communities and law reform in the region.

Consensual same-sex sexual relations remain criminalized in more than 60 countries globally, including seven in the Caribbean.

The Joint United Nations Programme on HIV/AIDS (UNAIDS) leads and inspires the world to achieve its shared vision of zero new HIV infections, zero discrimination and zero AIDS-related deaths. UNAIDS unites the efforts of 11 UN organizations—UNHCR, UNICEF, WFP, UNDP, UNFPA, UNODC, UN Women, ILO, UNESCO, WHO and the World Bank—and works closely with global and national partners towards ending the AIDS epidemic by 2030 as part of the Sustainable Development Goals. Learn more at unaids.org and connect with us on Facebook, Twitter, Instagram and YouTube.