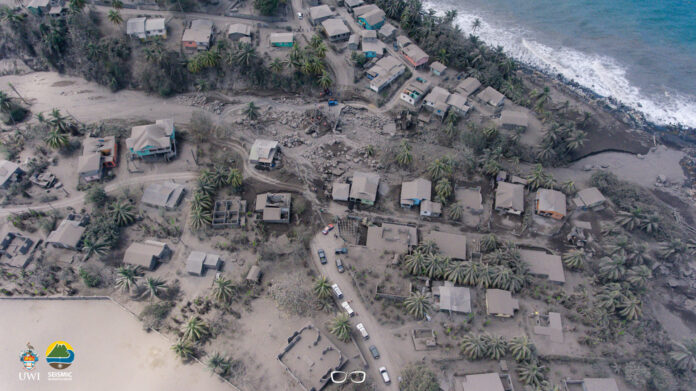 (By Ernesto Cooke) – Minister Of Transport and Works Montgomery Daniel told News784 on Monday afternoon that UN experts currently on the ground in St Vincent found traces of gold from the ash sample collected.

Daniel said among all the elements that showed up from the ash sampling, traces of gold were among them.

“Is nothing to be alarmed about. It’s a trace of gold; they also found other elements including, Zinc, Copper, Iron, Boron, a wide range of elements they would have found”, Daniel said.

Daniel said a further intense sampling is expected by UN experts when they leave St Vincent.

He says there are twelve United Nations experts in St Vincent specializing in different areas.

According to Oregon State University, Gold forms a close association with volcanoes or is hosted in volcanic rocks.

Three environments/styles are most common: gold in greenstone belts, gold in porphyry deposits, and gold in epithermal deposits.