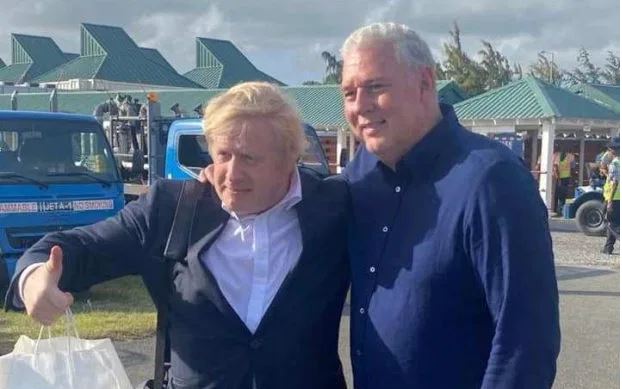 AFP — Britain’s parliamentary standards watchdog confirmed Monday it is investigating Prime Minister Boris Johnson over how he paid for a luxury Caribbean holiday, the latest of multiple probes into his conduct.

Kathryn Stone, the current Parliamentary Commissioner for Standards, is looking into the controversial trip to the privately owned island of Mustique over Christmas 2019 by the UK leader and his fiancée Carrie Symonds.

Johnson, who was buoyed by successful local election results in England last week, has long been dogged by questions about the holiday.

However, there was confusion after Ross initially denied handing over any money, and later clarified that it was a “benefit in kind”.

Johnson’s spokesman reiterated Monday that the British premier had followed the rules throughout.

“The prime minister transparently declared this benefit in kind in the Commons register of interests,” he said.

“Clearly the rules are set out and it’s important that everyone abides by them.”

Meanwhile a spokesman for Ross said in a statement he had “facilitated accommodation” for Johnson on Mustique which was valued at £15,000.

“Therefore this is a benefit in kind from Mr Ross to Mr Johnson, and Mr Johnson’s declaration to the House of Commons is correct.”

The luxury trip is one of a host of controversies swirling around the British leader that have sparked multiple investigations by watchdogs and scrutiny agencies.

They include a probe by the Electoral Commission, which regulates the accounts of political parties, into who initially footed the bill for a reported £200,000 (230,000 euros) refurbishment of Johnson’s Downing Street flat.

The parliamentary commissioner — an independent figure — investigates allegations that MPs have breached parliamentary code of conduct rules, which include correctly declaring financial interests and gifts.

Stone, who confirmed the Johnson probe is one of nine current investigations into lawmakers for possible breaches, can refer serious offences to parliament’s Committee on Standards for sanctioning.

The main opposition Labour Party — which is still reeling from a disappointing performance in last Thursday’s local elections — seized on the latest probe as further evidence of “sleaze” within Johnson’s government.

“We need to know what these donors were promised or expected in return for their generosity,” said Labour deputy leader Angela Rayner.

“Boris Johnson needs to stop using the office of Prime Minister as an opportunity to fund his lavish lifestyle and enrich his mates.”