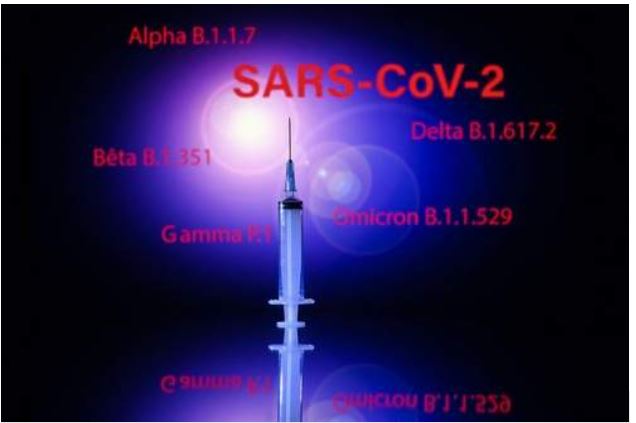 Britain on Sunday announced additional measures to stop the spread of the Omicron coronavirus variant, including the extension of booster jabs to people over 30.

From Tuesday, fully vaccinated contacts of people who test positive for COVID-19 will be required to take daily lateral flow tests for seven days.

But those who have not had one or two shots of a COVID vaccine will have to self-isolate for 10 days, the Department of Health and Social Care said.

“The Omicron variant is quickly gaining ground in the UK and is expected to become the dominant strain by mid-December,” said Health Secretary Sajid Javid.

“We are taking this proportionate and more practical measure to limit the impact on people’s day-to-day lives while helping to reduce the spread of Omicron.”

Britain is banking on vaccination as the best way to stop the rapid spread of the virus — and keep the economy open — with concern that hospitals could be overwhelmed as they also deal with seasonal respiratory infections such as flu.

Javid said anyone eligible for a booster should get it as soon as possible.

The government has set itself a target of giving everyone aged 18 and over a booster jab by the end of January. The over-30s can get a third dose of a vaccine from next week.

The government in London sets policy for England only. Health is a devolved matter for the governments in Scotland, Wales and Northern Ireland.

The announcement adds to new proposals from Prime Minister Boris Johnson to combat Omicron, including a return to home-working, and the possible introduction of vaccine passports in certain settings.

MPs vote on the proposals on Tuesday, with Johnson facing a potentially sizeable rebellion from his own Conservative members. The vote, though is likely to pass with Labour support.

Britain — one of the worst-hit countries by COVID-19 with more than 146,000 deaths — began its mass vaccination campaign just over a year ago.

On Sunday, government minister Nadim Zahawi said the first people with Omicron had been taken to hospital, just over two weeks after the variant was detected in Britain.

In London, Omicron is now responsible for about a third of all COVID-19 cases.