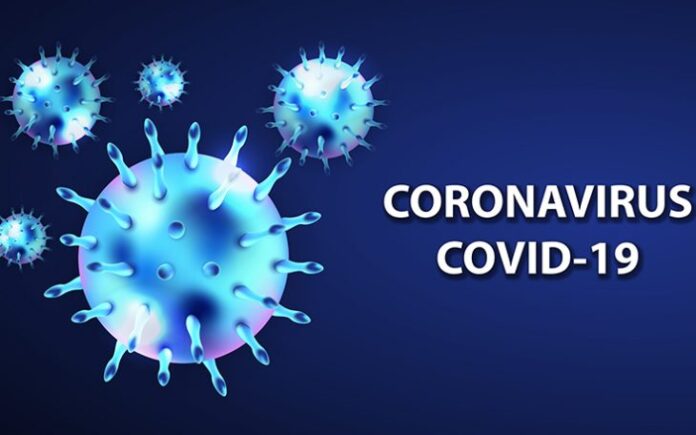 Britain today recorded another 7,540 coronavirus cases in the biggest spike since February as Professor Neil Ferguson warned it will be ‘two to three weeks’ until SAGE can work out how dangerous the Indian variant is, dealing a killer blows to hopes of lockdown ending on June 21.

The virus modelling expert, who has guided the Government through the pandemic and earned himself the nickname ‘Professor Lockdown’, said scientists still don’t know how much faster the variant spreads, how much more deadly it is nor how big the third wave will be.

The chance that scientific advisers, ministers and Boris Johnson – who committed to ‘data not dates’ – will sign off on June 21 without this information is slim-to-none. An extra three weeks to collect the figures plus the PM’s one-week notice for a change in restrictions suggests that, best case scenario, it will be early July before Step Four of the roadmap is taken.

Professor Ferguson said: ‘It’s well within the possibility that we could see another, third, wave at least comparable in terms of hospitalisations, as the second wave. At least deaths, I think, would certainly be lower. It’s hard to judge.’

The Imperial College London epidemiologist said researchers need to see how many people are admitted to hospital and die as a result of the current surge in infections.

They believe it is around 60 per cent more transmissible than the Kent variant, more likely to put people in hospital and that vaccines work less well against it.

Britain’s surge in cases today was 74 per cent higher than last Wednesday’s. Another six deaths were recorded and 123 people were admitted to hospital this time last week.

There have now been more than 19,000 new cases in just three days and Professor Ferguson suggested the outbreak’s doubling time could be less than a week, warning of ‘quite fast doubling, comparable with what we saw before Christmas.’

The prolific SAGE member’s warning is the closest thing to confirmation that Boris Johnson will delay the ending of social distancing laws planned for June 21, dubbed ‘Freedom Day’. His ministers today took a ‘wait and see’ approach to questions about the roadmap and told people to hold off making summer plans.

But there is hope that any delay will only be temporary – likely around a month or until the school holidays start in England at the end of July – and long enough to buy time for experts to collect more data and the NHS to give out more jabs. Bolton, the first area hit by the Delta strain, appears to have managed to control it without lockdown. NHS Providers chief Chris Hopson said if the same thing plays out in other areas the NHS should cope.

The medical union boss told Times Radio: ‘It’s important not to just focus on the raw numbers here… you also do need to look at who’s being admitted into hospital and how clinically vulnerable and what level of acuity [illness] they’ve got.

‘What chief executives are consistently telling us is that it is a much younger population that is coming in, they are less clinically vulnerable, they are less in need of critical care and therefore they’re seeing what they believe is a significantly lower mortality rate which is, you know, borne out by the figures.

‘So it’s not just the numbers of people who are coming in, it’s actually the level of harm and clinical risk.’

He added: ‘Hospitals are very, very busy at the moment, they are incredibly busy, worryingly busy. And therefore if we do see even small numbers of Covid patients, we will have to make some trade-offs between Covid and non-Covid care.’

Nick Scriven, immediate past president of the Society for Acute Medicine, told The Times: ‘Across our hospitals staff are facing pressures much like those seen in mid-winter, with bed occupancy levels well above 90 per cent, which is dangerous and unsustainable.

‘This is before we face any further rise in Covid patients, which would lead to a third wave for the south but, as it seems is often overlooked, a fourth for those in the north.

‘The worry is that hospitals are on a knife-edge but not necessarily a Covid one, with acute units on the brink due to very high numbers of patients being admitted due to chronic illnesses that have taken their toll over past lockdowns and, in many cases, are due to an inability to access urgent primary care.’

People in England making summer plans for after ‘Freedom Day’ were today told to ‘wait until you’ve heard from the Prime Minister’, in another hint that June 21 easings will be pushed back because of the Indian variant.

No10 is considering delaying the final stage of the roadmap out of lockdown following jittery warnings from top scientists about the spread of the mutant strain.

Some are pushing for restrictions to remain in place until as late as the start of English school holidays on July 23, hoping the move would give the NHS valuable extra time to ensure millions more over-50s are fully vaccinated and protected against the Delta variant.

Cabinet minister Robert Jenrick today appeared to drop the biggest hint yet that England’s final unlocking will be delayed, with cases ‘clearly rising’. Yesterday Britain recorded the biggest week-on-week jump in infections since before Christmas, after the number of positive tests jumped by 90 per cent to 6,083.

Asked whether weddings with more than 30 guests will once again be allowed from June 21, he said: ‘I wouldn’t make plans until you have heard from the PM if that is important to you.

‘We have always said that the roadmap is subject to review of the data. That is what is happening right now, so whether it is weddings or international travel or any of these other important topics, you always have to wait until the judgement is made on the basis of the data at the decision point.’

Weddings are one of the few areas of society yet to enjoy any freedom, with ceremonies currently capped to 30 guests in England. The final step of the roadmap will remove the limit, alongside allowing nightclubs to reopen and people to invite more than six others into their homes.

Boris Johnson is expected to confirm by Monday at the latest whether the June 21 plan will go ahead and he is running the roadmap timetable down to the wire, so far refusing to give any indication of what he will do.

Despite growing calls to delay the move, Michael Gove — who has called for a cautious approach to the roadmap — said he would ‘bet on a relaxation’ of the coronavirus rules on June 21 if he was a ‘betting man’.

Meanwhile, Whitehall sources say Rishi Sunak — who is desperate for the PM to stick to the target date to get key sectors such as hospitality firing on all cylinders — could reluctantly accept an extension to lockdown but for no longer than ‘a week or two’. But The Guardian claims the Chancellor would be willing to delay Freedom Day by a month, which could see it pushed back until July 19.

Other experts and Tory MPs have lined up to urge the Prime Minister not to delay the unlocking, saying people must learn to live with the virus and the NHS should be ‘able to cope’ with any surge from the Indian variant.

Dr David Nabarro, the World Health Organization’s special envoy on Covid, said that ‘life has to go on’ when asked whether the Government should stick to its roadmap on BBC Radio 4’s Today programme. But he added vaccines would not be enough and people would need to keep adapting their lifestyles to fight the disease.

Ministers yesterday ramped up support for Greater Manchester and parts of Lancashire, urging 4million people living in both areas not to leave the area and avoid meeting people indoors. Andy Burnham, Greater Manchester’s mayor, said there was ‘every reason to believe’ the extra support will successfully curb the spread of the mutant strain.

The final batch of restrictions are due to be relaxed on June 21, but there are growing calls for the last round of easings to be delayed amid the rapid spread of the Indian variant, which is now dominant in the UK and at least 40 per cent more transmissible than the Kent strain of the virus.

Mr Jenrick hinted to Sky News that June 21 could be pushed back, saying:’We created this five-week period between the stages of the road map and that has actually proved invaluable on this occasion, because it’s a finely balanced decision.

‘We need to see that data of cases, which are clearly rising, but the link to hospitalisations and ultimately to death.

‘So the Prime Minister is reviewing that ahead of the decision point, which is going to be June 14 – at that point of course he will let everybody know what the ultimate decision is.’

He added: ‘We are going to take a cautious approach but if we can proceed with that reopening on the 21st of June of course all of us would love to see that, for our own lives and for the livelihoods that depend on that further reopening.’

The minister was also grilled on whether Britons would be able to holiday abroad this year, saying people should stick to the ‘admittedly relatively small number of countries’ on the ‘green’ list, and not travel to ‘amber’ or ‘red’ areas unless absolutely necessary.

‘You shouldn’t be booking holidays to countries that are currently on either the amber list or the red list,’ he told the programme.

‘You can go to the admittedly relatively small number of countries on the green list.

‘Even there be aware that this isn’t a normal summer for holidays, we are reviewing that list every three weeks and so I would advise people to look for travel operators who can offer flexibility, would be able to offer rescheduling or repayments if something changes.

‘We would like to open up that green list to more countries but we have obviously got to do so cautiously.’

Only 11 countries and territories are on the green list, which includes no major travel destinations in Europe.

The Prime Minister was yesterday reported to be considering delaying June 21 by about two weeks to give extra time for all over-50s — who are most at risk of hospitalisation and death from the virus — to get their second dose of the Covid vaccine, and for it to take effect.

But some experts have called on him not to delay the unlocking. Asked whether June 21 should go ahead, Dr Nabarro suggested ministers should stick to the roadmap.

‘It can’t be just about restrictions – the future for humanity is going to require that we adapt our lifestyles so that we make it hard for this virus to spread,’ he said.