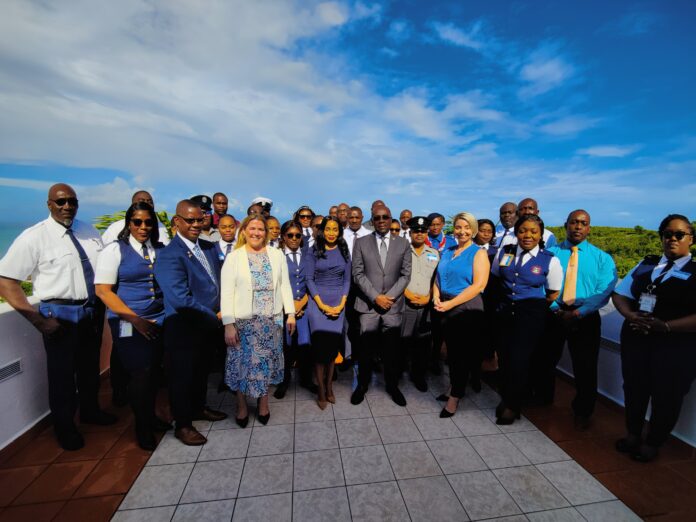 Over 20 Immigration and other law enforcement officials have begun a four-day training
course run by the UK Government, which is expected to cover the main immigration risks
and threats within the Eastern Caribbean and offer tools and guidance so participants can
address those risks.

In her remarks during the opening ceremony for the course, Resident British Commissioner
to Antigua and Barbuda, Ms Lindsy Thompson, congratulated the Chief Immigration Officer
and the Department for Immigration for its enthusiasm and engagement in ensuring the
course went ahead.

To its participants she noted: “the knowledge and skills you will acquire over the next four days will send a clear message to organised immigration crime groups using the Caribbean as a transit point that you will not tolerate this activity through your borders.” 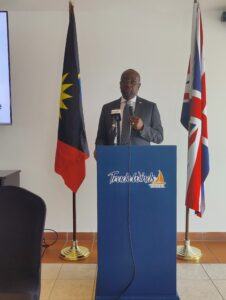 Meanwhile, Chief Immigration Officer Ms Katrina Yearwood not only expressed her
excitement that the UK Government facilitators were able to facilitate the training sessions,
but also challenged the officers to utilize the knowledge gained in their daily tasks and
“share with the other officers in [their] unit because it is an each one teach one initiative”. 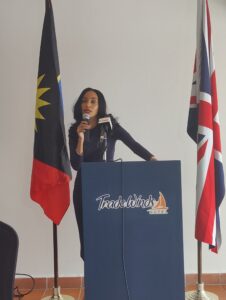 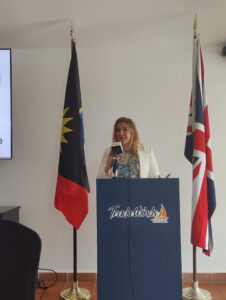 Minister Greene also charged participants to “absorb all you can,” underscoring that the
importance of their involvement in the training course stretched beyond what they hear
during the sessions and extends, more importantly, to how the knowledge is applied.