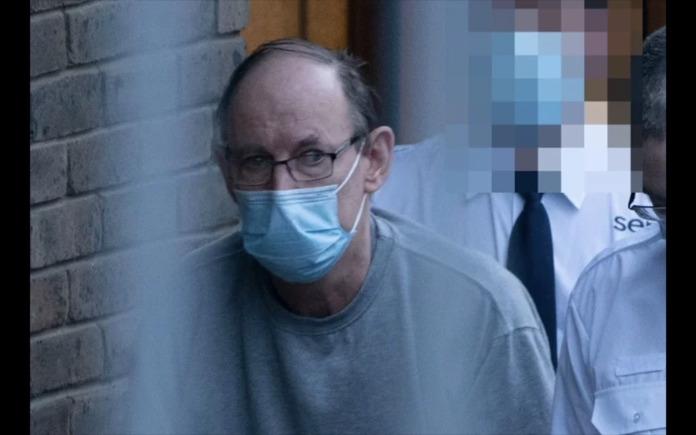 The double killer, 67, beat and strangled Wendy Knell, 25, and Caroline Pierce, 20, to death before sexually assaulting them in two separate attacks in Tunbridge Wells, Kent, in 1987.

Electrician Fuller, known as the ‘Bedsit Killer’, was caught 33 years after the attacks when a DNA breakthrough linked him to the murders.

The slayings were one of the UK’s longest unsolved double murder cases before Fullers arrest.

A search of his home, in Heathfield, East Sussex, on December 3 last year revealed dozens of sick videos of him abusing the bodies of dead women for over a decade.

Fuller initially pleaded guilty to the manslaughter of Ms Knell and Ms Pierce by diminished responsibility, but days into his trial he admitted murdering the two women.

He also pleaded guilty to 51 other offences, including 44 charges relating to 78 identified victims, including three children.

They include the sexual penetration of a corpse, possessing an extreme pornographic image involving sexual interference with a corpse and taking indecent images of children.

Justice Cheema-Grubb QC today sentenced him to two whole life term for the murders at Maidstone Crown Court – meaning he will never be released.

Cowardly Fuller refused to look at the families of his victims as he was handed a 12 year sentence, to run concurrently, for the sexual offences between 2008 and November 2020.

Sentencing Fuller, Justice Cheema-Grubb branded him as “cunning and intelligent” and also as a “prowler” when he attacked Wendy and Caroline.

She added: “There are some crimes that are so wicked that even if the defendant died in prison that would not be a just term.

“You were described as a man good under pressure while in seclusion you committed acts of the deepest darkness.

“You became a vulture, picking your victims from among the dead within the hidden world of hospital mortuaries which you were free to inhabit simply because you had a swipe card.

“The depravity of what you did reveals your conscience is seared. You will spend every day of the rest of your life in prison.”

Fuller filmed himself carrying out the attacks inside the now-closed Kent and Sussex Hospital and the Tunbridge Wells Hospital, in Pembury, where he worked in electrical maintenance roles since 1989.

Investigators have so far at least 102 potential victims but admitted all their identities may never be known.

It is also feared that the twisted necrophiliac raped countless more corpses, with a police helpline recieving at least 200 calls from people who felt that they had relatives who may have been defiled by Fuller.

Fuller had stored more than four million indecent images of children mostly downloaded from the internet.

The court heard that he had even taken pictures of a mortuary logbook to create his own horrific record of those he defiled.

His youngest victim was a nine-year-old girl, along with two other children who were aged 16.

The oldest victim was 100 years old, with Fuller sometimes violating the bodies more than once. The court heard he then used mortuary records to log their details in his own notebooks, and even looked up some of his victims on Facebook.