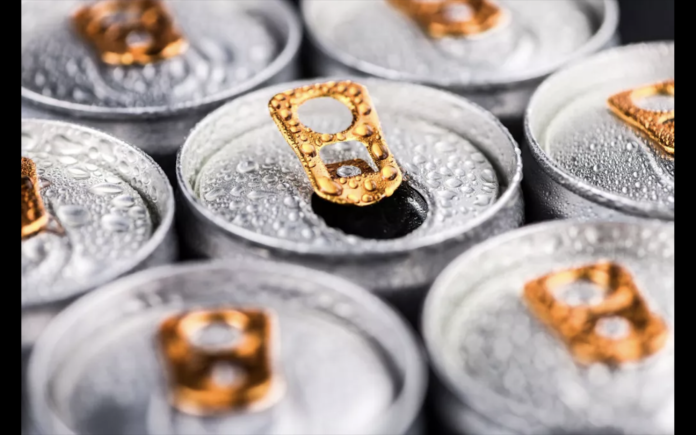 A new case study describes a rare case of severe heart failure in a 21-year-old man after he drank multiple energy drinks daily for two years — revealing the potential dangers of excessive consumption of these beverages.

The case study, published in BMJ Case Reports on Thursday, explains the unusual case of a U.K. man who was first admitted to hospital with shortness of breath and a swelling in the abdomen.

After he was inspected by doctors, he was quickly found to be experiencing kidney failure, and was unable to fully empty his bladder, the case study says. When doctors investigated further, they found that in both of his kidneys, urine was unable to drain into the bladder.

While it was apparent that he was in need of surgery, what was less apparent was the cause of his condition. He told doctors that he had been experiencing progressively shorter breath over the past four months, as well as weight loss and a general feeling of unwellness.

He also had felt so ill over the last three months that it had disrupted his university studies.

“There was no significant past medical history and family history was not suspicious for cardiomyopathy or sudden cardiac death,” the case report stated. “He was an ex-smoker, having stopped three years earlier.”

He also did not consume alcohol or use drugs, he told doctors.

However, he explained that he did consume energy drinks on the regular. Specifically, he had been downing “an average of four 500 mL cans per day for approximately two years.”

The drinks had around 160 mg of caffeine each.

“Retrospectively, the patient recalls occasional symptoms of dyspepsia, tremor and a racing heartbeat but without seeking medical review,” the case study stated.

In a statement provided with the case study, the patient, who is not identified by name, wrote that when he was not consuming these energy drinks, he would suffer “from severe migraine headaches.”

The situation worsened after doctors attempted to treat the issues with his kidneys. When there was little improvement in his renal function, doctors examined him further, and discovered he was “in decompensated cardiac failure”, which means some change in his heart was interfering with its ability to pump or accept blood. Fluids were also building up in his knees and abdomen.

A chest X-ray showed that his heart was enlarged, and an ultrasound found both his kidneys and liver were enlarged as well.

According to the case study, the situation was dire, and he was taken to the ICU of another hospital to receive more specialized care.

The patient stated that “the experience was extremely traumatizing,” partly because he was suffering from delirium and memory issues, meaning he would wake in the ICU with no idea why he was there.

Doctors theorized that he had been experiencing low cardiac output for months.

“Given the history of chronic energy drink consumption, lack of significant past medical or family history, cardiac imaging findings and improvement with ceasing intake, energy drink-induced cardiotoxicity was felt to be the most likely cause,” the case report stated.

The 21-year-old was eventually discharged from hospital 58 days after he originally came in with his mysterious symptoms. Although he is on the mend now, he will have to have ongoing cardiology, renal and urology follow-ups, and doctors suspect he may require “future bladder reconstruction” and possible a kidney transplant at some point.

He is now avoiding energy drinks, the case report stated, something doctors believe is contributing to his improved heart function.

This is far from the only example of a person landing in hospital after consuming too many energy drinks, but research on the topic still remains scarce. The case report mentioned two other cases of people in their 20s who experienced heart failure or damage following chronic consumption of these drinks.

“I think there should be more awareness about energy drink and the effect of their contents,” the patient stated in the report. “I believe they are very addictive and far too accessible to young children. I think warning labels, similar to smoking, should be made to illustrate the potential dangers of the ingredients in energy drink.”

Why drinking too many energy drinks can cause heart problems is still not fully understood, but doctors believe the high level of caffeine in energy drinks could play a role.

“Energy drinks are also known to increase blood pressure,” the case report added, saying that this could lead to issues with blood travel through the body, potentially contributing to heart failure.