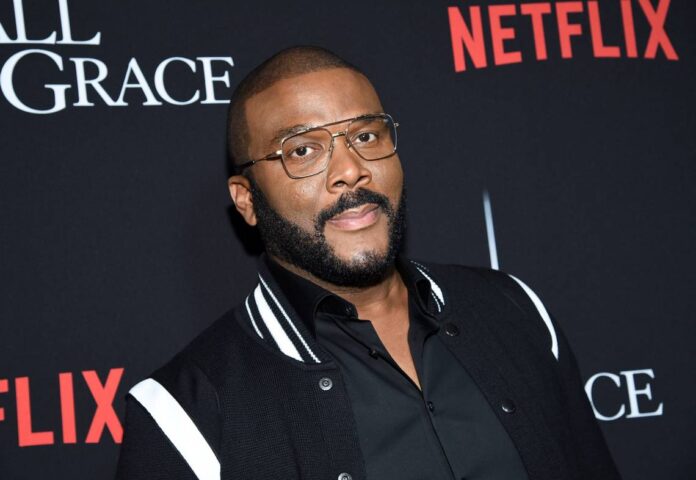 Media mogul Tyler Perry is giving back to the community in a big way ahead of Thanksgiving.

The actor’s 330-acre film studio in Atlanta plans to feed up to 5,000 families during a drive-thru food giveaway event on Sunday, Tyler Perry Studios announced Friday on social media.

“During this drive-up event, we will be distributing non-perishable food items and gift cards to people who are in need during this holiday season,” the film studio said. “See you there!”

The event is first come, first served, organizers said, and the use of face masks will be strictly enforced due to the pandemic. Donations are limited to two families per vehicle so that there is enough food to go around.

The line will close after the 5,000th family is served, according to the announcement.

News of the event drew positive reactions from fans who lauded Perry for his generosity.

“Awesome but no surprise,” one fan commented on the studio’s official Facebook page. “God’s in the blessing business and using Tyler Perry. Happy Thanksgiving to TP and all TP Studios employees.”

“This was a beautiful way to stay active in the community. Is it possible to volunteer?” someone asked.

Perry, 51, is no stranger to lending a helping hand. In April, the “Madea” star surprised hundreds of families in Georgia and his home state of Louisiana by paying for their groceries, McClatchy News reported. The New Orleans native teamed with Winn-Dixie and Kroger grocery stores to provide essential food items to those most impacted by the COVID-19 crisis.

“Senior and higher-risk Kroger shoppers in metro Atlanta did receive a nice surprise at the register this morning when they learned Tyler Perry had paid their grocery tab in full,” Felix B. Turner, a corporate affairs manager for Kroger, told WMAZ at the time. “We would like to join our customers in thanking Mr. Perry for his kindness and generosity during this unprecedented pandemic.”

The famed director, actor, producer and writer has made over $1 billion with his various stage plays, TV shows and films, and earned the No. 6 spot on Forbes’ list of the world’s highest-paid celebrities in 2020.