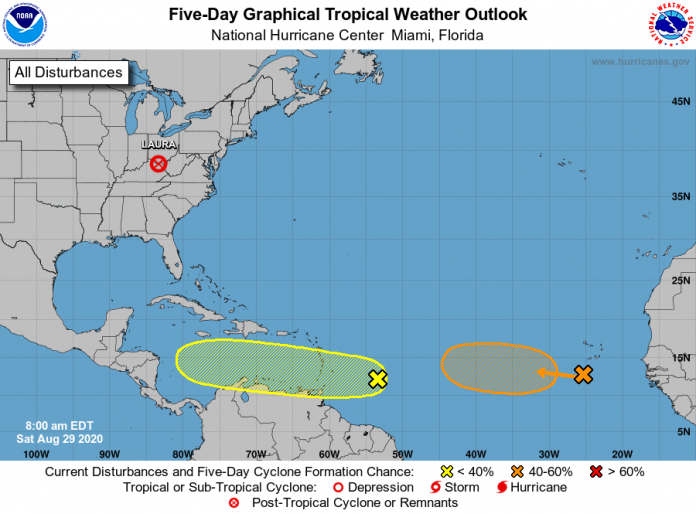 Over the Atlantic basin on the Saturday morning, two tropical waves continue to be monitored. One is located about 550 miles east of the Windward Islands, producing disorganized showers and thunderstorms.

Some gradual development of this system is possible during the next several days while it moves westward at about 15 mph toward the Lesser Antilles.

Regardless of development, this system will likely produce gusty winds and locally heavy rainfall across portions of the Windward and Leeward Islands on Sunday.

It has a low (30 percent) chance of formation during the next five days.

The second tropical wave is located over the far eastern Atlantic Ocean just southwest of the Cabo Verde Islands.

This system is expected to move very slowly for the next several days, and some development is possible early next week over the eastern or central tropical Atlantic.

It has a medium (40 percent) chance of formation during the next five days.