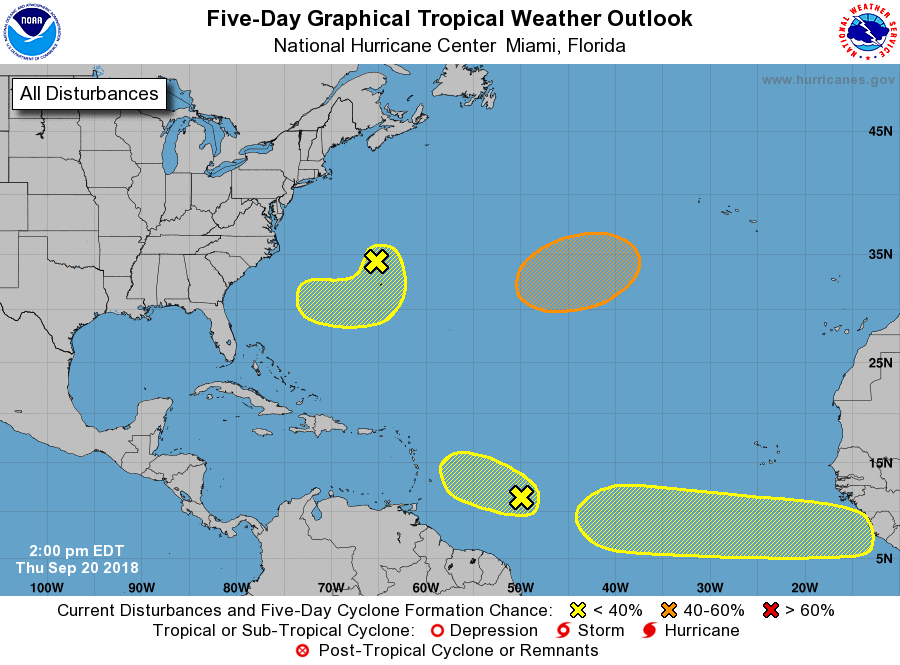 The Met Office says things look to be heating up the Atlantic again.

There are now two Tropical Disturbances and the two are forecast to form in the next 5 days.

The two between Africa and the Caribbean are of concern to us, according to forecasters.

It is too early to say where exactly these systems will go.

The National Hurricane Center says satellite imagery shows that showers and thunderstorms associated with a westward-moving tropical wave located about 750 miles east of the Windward Islands have become less organized over the last several hours.

There is no evidence of a surface circulation at this time, and a combination of dry air and strong upper-level winds are expected to make of this system unlikely while it at 10-15 mph.

NHC is also predicting that a tropical wave is forecast to emerge off the west coast of Africa by Saturday.

Some slow development of this system is possible early next week as it moves quickly westward across the low latitudes of the eastern tropical Atlantic Ocean.