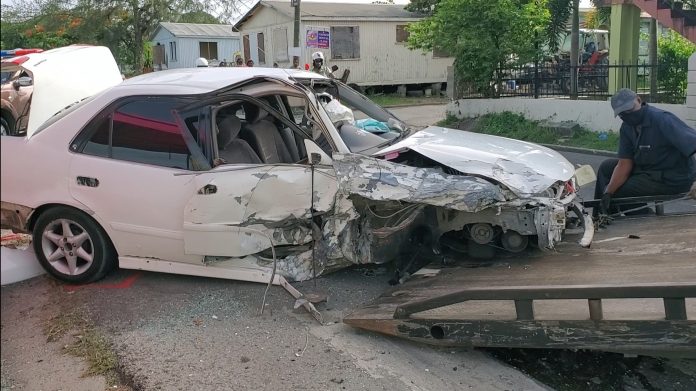 Two men were hospitalized following a vehicular collision on Fort Road around 7 am today.

According to an eyewitness, a silver Lexus car was heading north to south at a high speed when it lost control and collided with a white Toyota car heading in the opposite direction.

The collision occurred a few feet away from a vendor who sells drinks and snacks at the junction in the vicinity of the Junior Wesleyan Academy.

However, the Lexus, which flipped and landed on its roof, came to a stop several metres south of the junction.

The vendor was not injured. 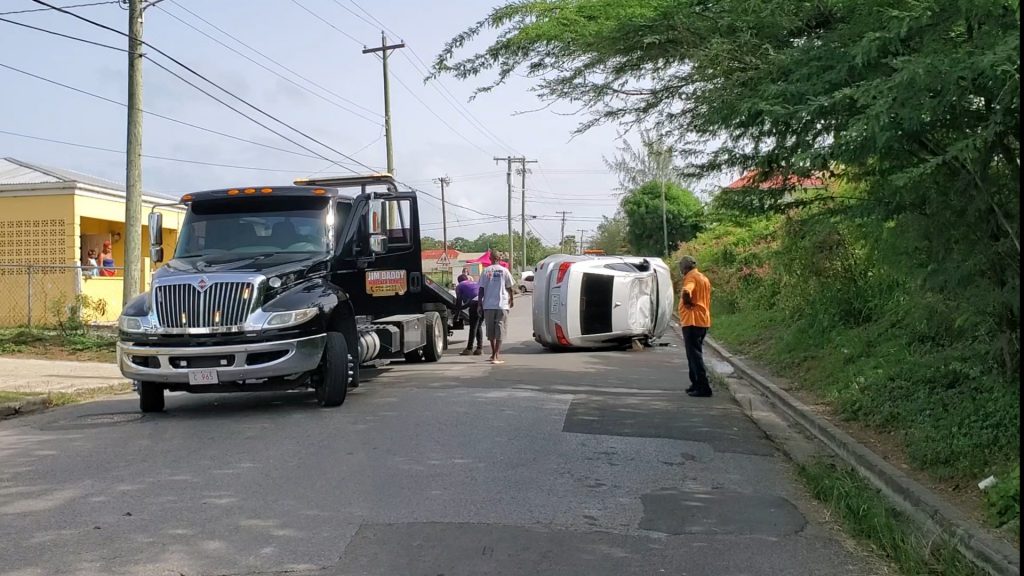