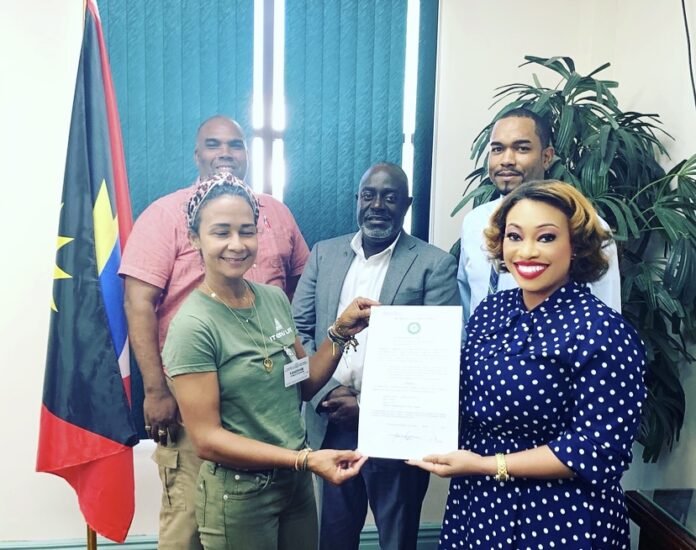 The Medicinal Cannabis Authority (MCA) of Antigua and Barbuda is pleased to announce the issuance of two licences (dispensary and lounge) to GROW ANTIGUA & BARBUDA.

The licences were presented to Mrs. Yadira Moody-Stewart of GROW ANTIGUA & BARBUDA by Ms. Joy-Marie King, Head of Commercial Diplomacy & Compliance of the MCA and Mr. Regis Burton, Head of Operations & Information Technology of the MCA.

Also present were the Chairman of the MCA Board, H.E Daven Joseph and Mr. Veldon Raguette, Head of Inspection of the MCA.

Ambassador Joseph expressed his delight regarding the issuance of the licences which is in keeping with the Authority’s mantra of making the industry the best performing of its kind in the world.

The Medicinal Cannabis Authority wishes GROW ANTIGUA & BARBUDA all the very best in its endeavours.

The official handing over of the licences took place at the Office of the Prime Minister.