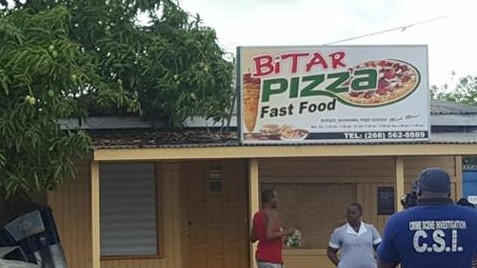 Two armed masked men last night held the employees of Bitar Restaurant in All Saints at gunpoint in an apparent robbery.

An eyewitness told Antigua News Room that he was leaving work around midnight when he saw two masked men running out the fast food restaurant.

He said one man was in the front and another in the back of the building.

Several individuals were also seen running for cover while the Syrian owners of the restaurant were seen headed towards the All Saints Police Station.

It is not certain what the intruders got away with.

Police arrived on the scene later to begin their investigations.