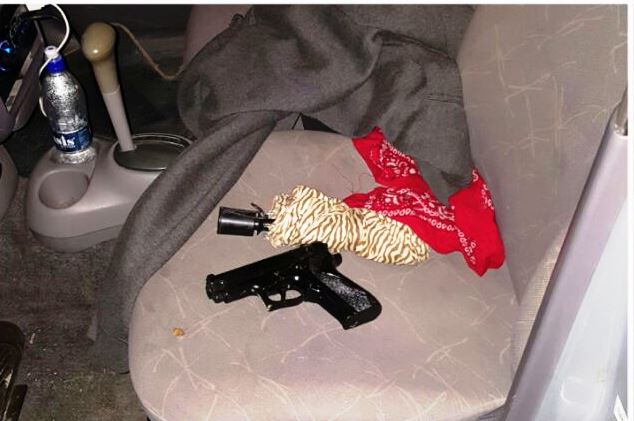 Two men are currently in police custody assisting with investigation after they were held on suspicion of robbery.

Wadabe Roberts, 28, of Villa and 23-year-old Patrice Christian of Fort Rd were taken into custody, after the police caught them inside a vehicle parked near Johnson’s Playing Field, acting in a suspicious manner.

Roberts reportedly ran from the vehicle when the police approached him, but was later apprehended.

A search was carried out on the vehicle and an imitation firearm along with a grey hoodie and a red bandanna, among other items, were found.

The items were seized and the vehicle was impounded and taken to Police Headquarters. The incident occurred around 1:40 a.m. on Monday. Further investigations are continuing into the matter.

It was just days ago that the police charged 21-year-old Koeci “Koko” Francis of Swetes and 23-year-old Javier Browne of Bolans in two separate incidents of robbery. Both Browne and Francis are expected to appear before the Court on Tuesday.