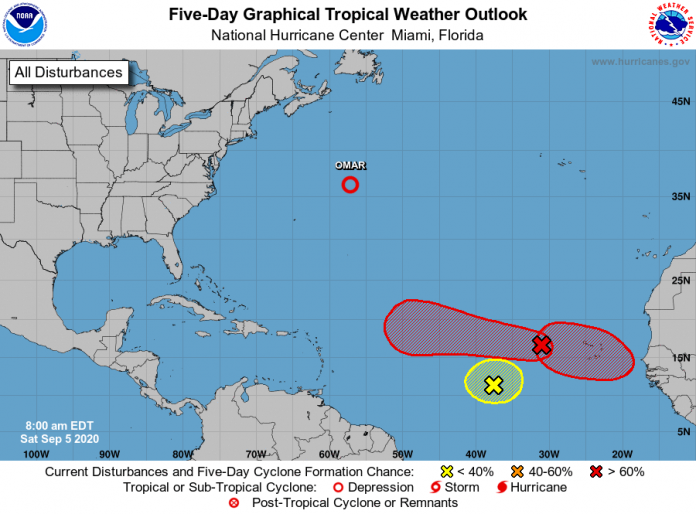 For the two disturbances depicted in red – the chances of formation have increased w/the more westerly one having a 90% chance of formation & the other with a 70% chance.

Both look like they will track N away from the Caribbean. The third system (yellow) has been weakening.