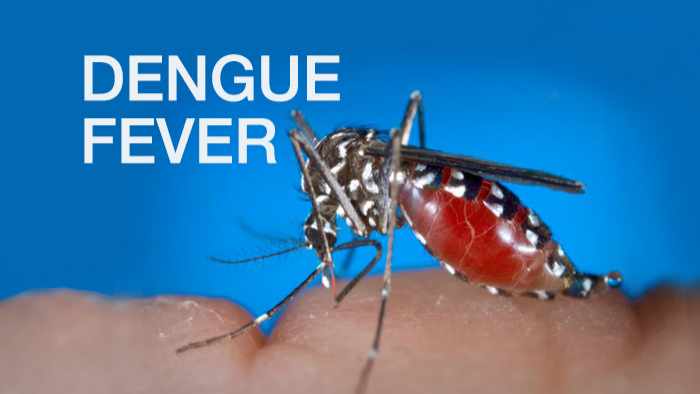 The Ministry of Health today ed that laboratory testing at the Caribbean Public Health Agency (CARPHA) has confirmed Dengue Type 3 in Antigua and Barbuda.

The total number of Dengue cases seen in Antigua and Barbuda between April 2018 and January 25 2019 is twenty one of which six have been confirmed by CARPHA.

The public is reminded that Dengue is a viral disease spread by the Aedes Aegypti mosquito. Symptoms of Dengue include, fever, headache rash, vomiting which could lead to dehydration, muscle pain, dark colour stool, bleeding from the nose and mouth and inability to adapt to bright lights.

Parents are reminded to pay keen attention to babies who may become dehydrated and cry without tears and use fewer diapers.

Any person who believes he or she may be infected should NOT use Aspirin, Iburprofin or Advil and other non-steroidal anti-inflammatory agents, but instead use other fever reducing agents such as Paracetamol, Panadol and Cetamol.

Mr. Spencer added that in addition to driving with the fogging machines on trucks, members of the unit now walk and fog, targeting key areas where mosquito hide such as underneath houses, in tires and in gutters.

The Central Board of Health’s weekly fogging schedule can be viewed on Ministry of Health, Wellness and the Environment’s Facebook page. The general public is requested to assist in reducing the mosquito population by cleaning their surroundings and destroying mosquito breeding sites in and around their homes.