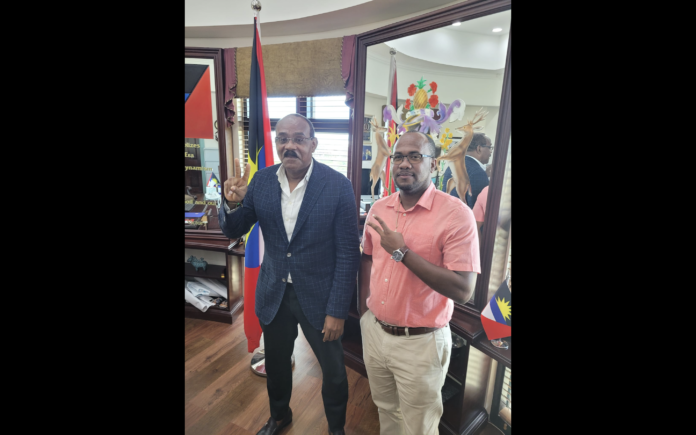 ABLP hopeful Rawdon Turner has responded to the Big Issues cancelling a segment that involved him two other guests. The exchange between Turner and the Big Issues host Murdoch unfolded on the facebook page of Political Analyst Carlon Knight.
RAWDON TURNER: It is Typical of Observer to mislead or misrepresent the facts! I requested to have the debate be RESCHEDULED not canceled. I requested the debate in the first place, so why seek a cancellation later? Let’s be honest here, only one candidate has a track record of running away.
KIERON MURDOCH:
Rawdon Turner You have neither replied to my texts (WhatsApp), answered my phone call, returned the call, or replied to the email I sent you on these very matters yesterday (Friday) afternoon. You still have not replied to any, nor have you called me back. That you are now saying that I have been misleading is unfortunate.
The show was announced as cancelled. That is my decision. Not yours. If I was going to “reschedule” the show, I would need to have a time to reschedule it when all participants could agree to appear.
You would have needed to have given me some indication of when next you’d be available. But as I said, you neither replied to my texts, answered my call, returned my call, or replied to my subsequent email. You still have not done so.
But since you are here on Facebook, may I now ask, when will you next be available for the debate? I await your reply here on Facebook, since WhatsApp, calls and emails don’t seem to be getting through at the moment.
(Also bear in mind that the “cancellation” does not simply rely on your unavailability for this Sunday, but on the fact that Mr. Harriette also withdrew for completely different reasons)