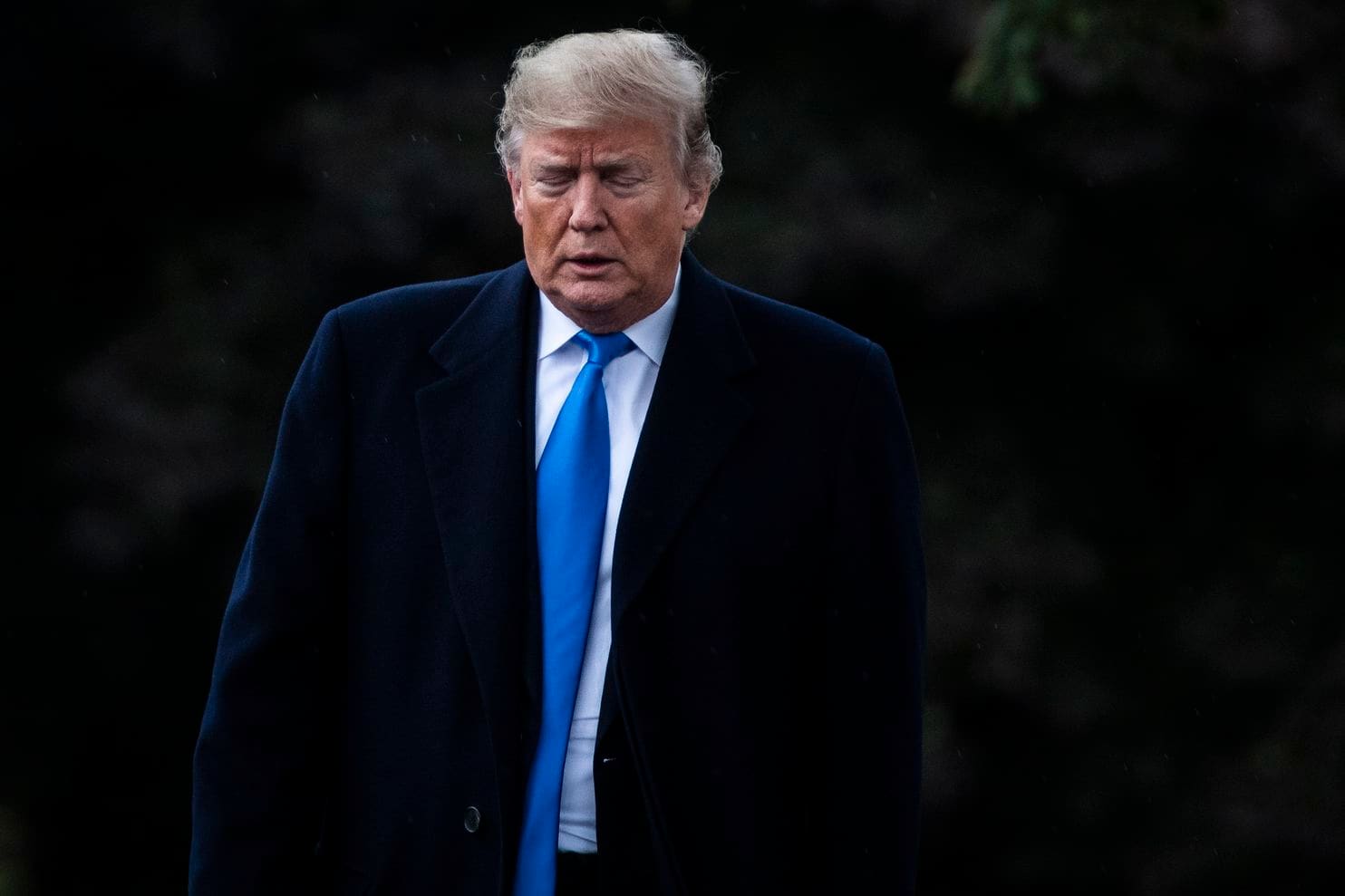 President Donald Trump mocked the Democratic impeachment effort as he sought to rally supporters Tuesday in the key swing state of Pennsylvania, calling the process “impeachment lite” and promising it would lead to his reelection in 2020.

Trump’s visit to Pennsylvania followed a momentous day at the US Capitol, where Democrats unveiled articles of impeachment and shortly thereafter signalled their support for the president’s long-sought United States-Mexico-Canada trade agreement. House Speaker Nancy Pelosi and her fellow Democrats are trying to show they can pass legislation and pursue an impeachment inquiry at the same time, but Trump said, “It plays down the impeachment because they’re embarrassed by the impeachment”.

He insisted, “And our poll numbers have gone through the roof because of her stupid impeachment.”

And he added: “The silver lining of impeachment and this witch hunt: That’s the reason they approved USMCA. So that’s OK with me.”

Trump listed some of his achievements while in office, ticking off the killing of Islamic State leader Abu Bakr al-Baghdadi, a deal to create the Space Force and a strong economy.

Echoing a line he uses often, Trump said: “This country is so respected. And we were not respected four years ago. We were laughed at.”

Trump’s comments came less than a week after he made an early departure from a NATO meeting in London following the release of video of a handful of world leaders gossiping about him.

In 2016, Trump eked out a win in Pennsylvania — the first Republican presidential candidate to capture it since 1988 — by piling up support in Pennsylvania’s rural areas and with working-class whites.

As most of the Democratic candidates focus on Iowa, New Hampshire and other early voting states, the president has tried to make the most of uncontested access to top general election swing states such as Pennsylvania, Michigan and Wisconsin.

Democratic leaders say Trump put US elections and national security at risk when he asked Ukraine to investigate his political rival, former Vice President Joe Biden, who is running for the Democratic presidential nomination. And they say Trump impeded Congress’ investigation of the matter.

If the House does vote to impeach Trump, the case moves to the Senate, where a vote to convict requires a two-thirds vote. With Republicans holding 53 of 100 seats, it is unlikely that Republican senators would cross party lines and vote to remove Trump from office.

During the rally, Trump also addressed the long-awaited release of the Justice Department report into the 2016 Russia investigation. The inspector general found that the FBI was justified in opening its investigation into ties between the Trump presidential campaign and Russia and that the FBI did not act with political bias, despite “serious performance failures” up the bureau’s chain of command.

Trump claimed Tuesday that the inspector general’s report detailed “outrageous, scandalous and unprecedented abuses of power.” He said the FBI had “destroyed the lives of people that are great people” and called them “scum”.

He said he was looking forward to a report coming from John Durham, the prosecutor whom Attorney General William Barr has selected to investigate how intelligence was gathered in the Russia probe.

Trump said Tuesday that not many leaders could withstand what he’s been through.

“A regular president would be under the table, thumb in mouth, saying: ‘Take me home, Mommy. This is enough for me.’”