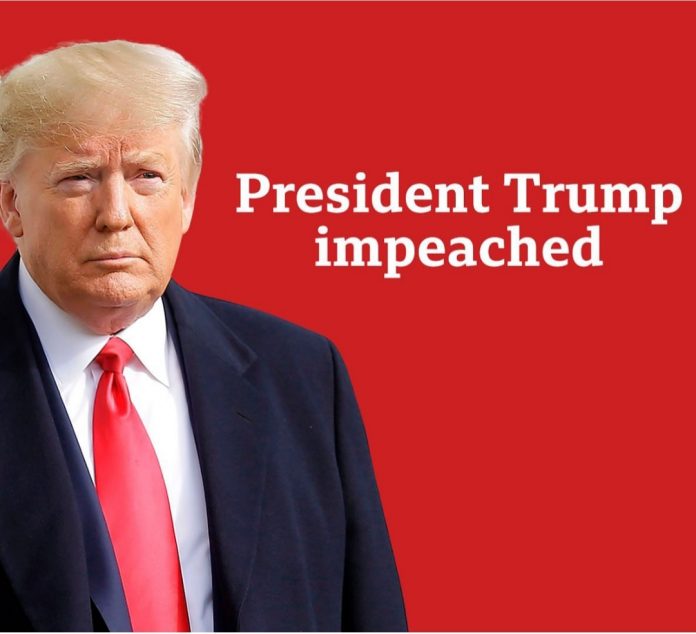 The House voted on two charges – that the president abused his power and that he had obstructed Congress.

Both votes fell along party lines with nearly all Democrats voting for the charges and all Republicans against.

He told the crowd in Battle Creek, Michigan: “While we’re creating jobs and fighting for Michigan, the radical left in Congress is consumed with envy and hatred and rage, you see what’s going on.”