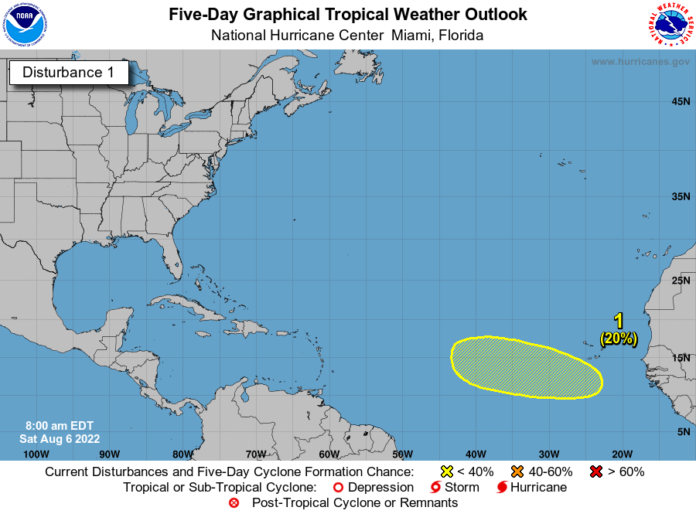 The National Hurricane Center said on Sunday that a tropical wave has moved off the African west coast as the peak of hurricane season approaches.

As of the NHC’s 8 p.m. tropical outlook, forecasters give the system a 40% chance of formation in the next five days.

On Saturday, the NHC began projecting the formation of a potential tropical system in the eastern Atlantic Ocean and forecast the wave to move off the west coast of Africa over the weekend.

The National Oceanic and Atmospheric Administration released its midseason forecast update last week. It is still expecting an above-average number of storms, which it had predicted ahead of the season’s start, with a range of 14 to 21 named storms.