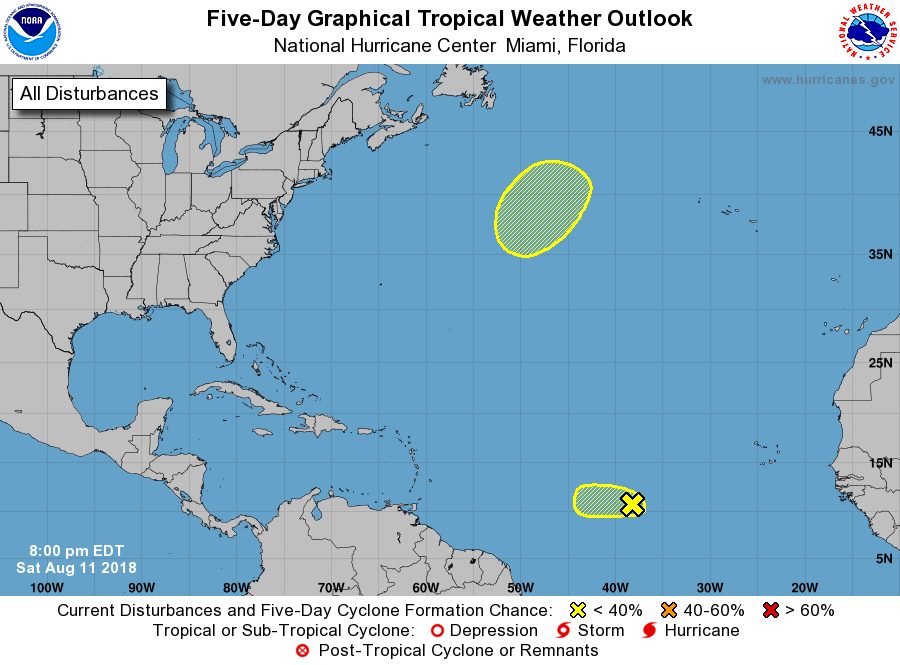 The tropical disturbance that was between Africa and the Caribbean has dissipated, the Antigua Met Service has announced.

The disturbance had a 20 per cent chance of developing over the next five days.

However, the met office says it has been struggling.

The one over the subtropics remains but is of NO threat to the islands.