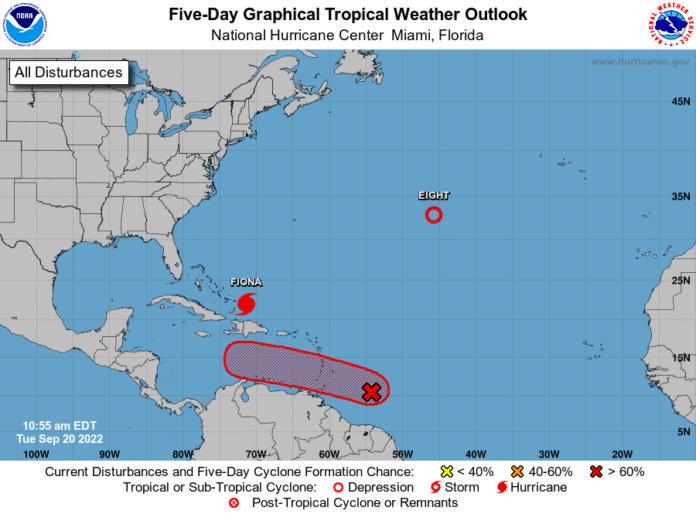 A tropical wave located a few hundred miles east of the Windward Islands continues to show signs of organization.

Additional development is expected, and a tropical depression is likely to form within the next few days as the system moves westward to west-northwestward at 15 to 20 mph across the eastern and central Caribbean Sea.

Interests in the Windward Islands should closely monitor the progress of this system as heavy rainfall and gusty winds could affect these islands beginning on Wednesday.

A tropical wave is forecast to move off the west coast of Africa in a couple of days.  Thereafter, environmental conditions appear marginally favorable for some development while the system moves northward between west Africa and the Cabo Verde Islands through the end of the week.

Public Advisories on Tropical Depression Eight are issued under WMO

Forecast/Advisories on Tropical Depression Eight are issued under