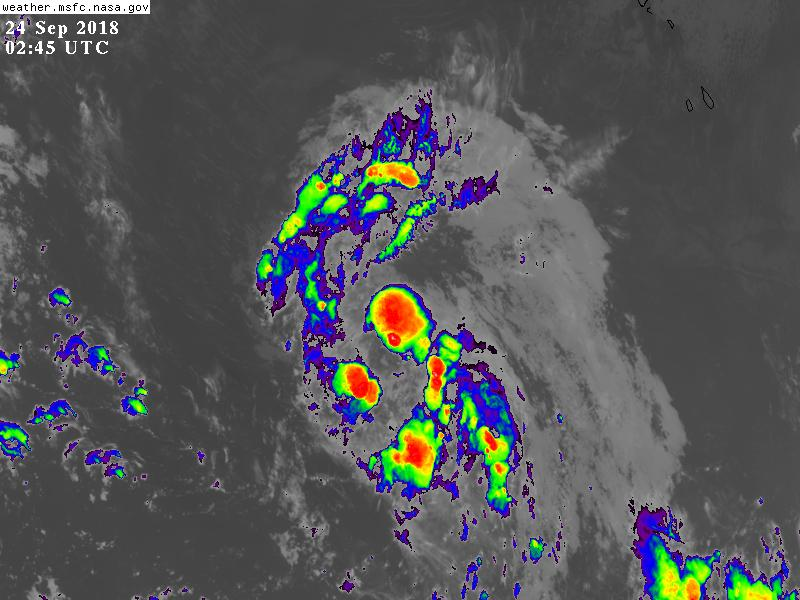 Tropical depression Kirk is expected to degenerate into a trough of low pressure during the 48 hours as it makes its way towards the Lesser Antilles, the Miami-based National Hurricane Centre (NHC) said on Monday.

It said that the system, which is 1, 615 miles, east of the Windward Islands – Dominica, Grenada, St. Lucia and St. Vincent and the Grenadines – has sustained maximum winds of 35 miles per hour (mph).

“The center of Tropical Depression Kirk was located near latitude 9.5 North, longitude 37.4 West. The depression is moving toward the west near 24 mph and this fast motion is expected to continue for another day or so.  A decrease in forward speed is expected by Wednesday.”

The NHC said that although slight strengthening is forecast during the next few days, “it is possible that Kirk could degenerate into a trough of low pressure during the next day or two while it moves quickly across the tropical central Atlantic.”

The NHC said there are no coastal watches or warnings in effect as the region continues to monitor a busy 2018 Atlantic Hurricane Season that has already registered five hurricanes so far.

September is usually the peak month for Atlantic hurricanes, recording more hurricanes in that basin than any other month on record. The hurricane season ends on November 30.