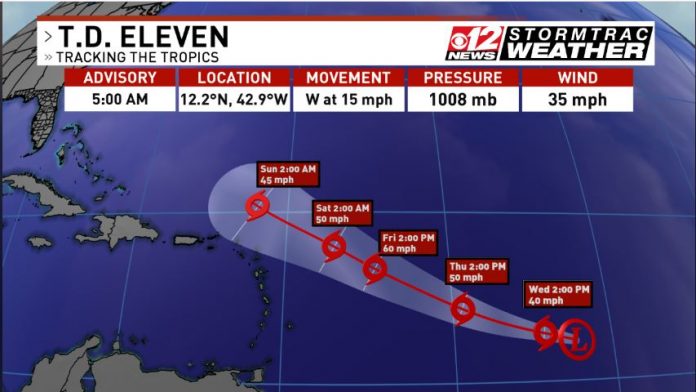 As of the 5 a.m. advisory from the National Hurricane Center, TD 11 is moving west at 15 mph, with 35 mph maximum sustained winds.

Once the storm strengthens into Josephine (next name on our list) it will start moving northwest. As of now, the storm pose an elevated threat to Antigua and the rest of the North East Caribbean with the potential of limited wind impacts from storm-force wind..

Josephine will be our 10th named storm and could be the earliest J-named storm on record. The current record is Tropical Storm Jose from the 2005 season, which was named on August 22.

The C, E, F, G, H, and I named storms for the season all broke records for being the earliest named for their specific letter.